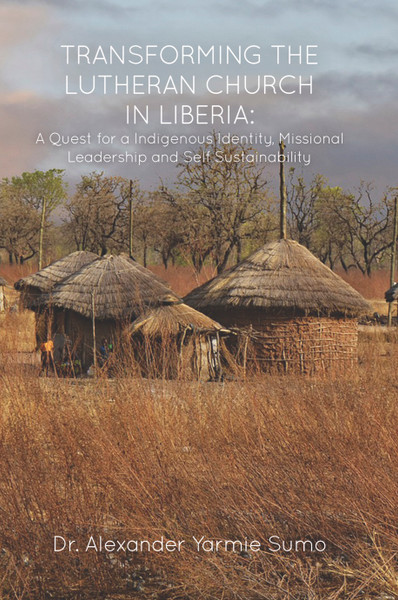 Drawing upon insights from past and present Liberian leaders, Transforming The Lutheran Church in Liberia offers bold proposals for reconceptualizing, sustaining, and expanding the mission and ministry of the Lutheran Church in Liberia (LCL) while offering an incisive challenge to Western Lutheran churches wishing to accompany the LCL in its mission. Providing the most comprehensive history of the LCL currently available, this volume is a valuable resource for scholars as well as for LCL members who wish to understand their own history.

Dr. Alexander Yarmie Sumo is a lifelong Lutheran. Born and raised in Liberia, West Africa, he completed his secondary education at the William V.S. Tubman High School in Monrovia and obtained his Bachelor of Arts degree in sociology and public administration from the African Methodist Episcopal University in Liberia. He completed seminary and ministry training in August 2000 with a Bachelor of Theology degree from the United Methodist University–Gbarnga School of Theology. Alexander was ordained in 2003 as Pastor of Word and Sacrament in the Lutheran Church in Liberia (LCL). Between 2000 and 2008, Pastor Sumo served as pastor for several parishes (St. Paul - LTI, St. Andrew - Gorlu Parish, St. Matthew Parish – Paynesville, David A. Day– Harrisburg Parish, and Lutheran Memorial – Millsburg Parish). Alexander and family relocated to the United States in 2008 and he was admitted to the pastoral roster of the Evangelical Lutheran Church in America (ELCA) in 2011. Immediately following his admission to the ELCA roster, Pastor Sumo was called by the Southern Ohio Synod (SOS) to serve as Pastor/Developer for its mission congregation (The African International Lutheran Mission - AILM) in Columbus, Ohio. He currently serves as pastor for both the AILM and the St. Luke Evangelical Lutheran Church in Newark, Ohio. Alexander completed graduate work at Capital University – Trinity Seminary in Columbus, Ohio where he earned the Master of Arts (MA) in gender and family studies (MAYFM) and the postgraduate Master of Sacred Theology (STM) degree in leadership and pastoral practice. Alexander completed his doctoral studies in 2019 and earned the Degree of Doctor of Leadership for Transformational Change from Capital University and the Methodist Theological School in Ohio (MTSO). Dr. Alexander Yarmie Sumo and Ms. Deddeh Matee Kpukuyou, an accountant and a nursing professional are blessed with three children: Alexander Yarmie Jr., Alaric Leela, and charming Ms. Alexandria Jackie. The family lives in Columbus, Ohio, USA.

Windows from My Past