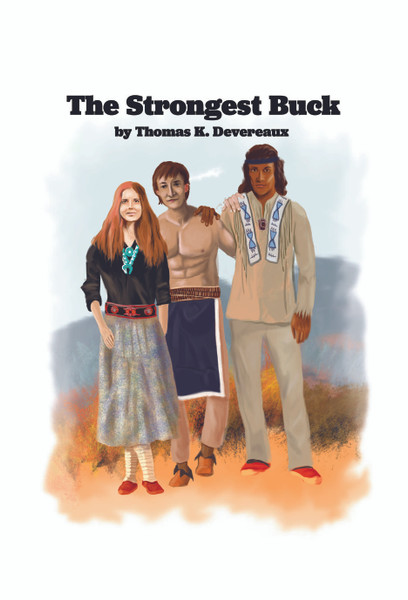 Eager for adventure, Mark Madison leaves his brother and sister-in-law to

train outfit. There he meets Dan, the grizzled, foulmouthed wagon master, who

takes Mark under his wing. Thus, begins Mark’s education about surviving in this

In The Strongest Buck, follow Mark as he faces the adventure he sought,

love, and discovers where his home and heart truly lie.

Thomas K. Deveraux has been married to his wife, Marilyn, for thirty-nine years. They have a son, age thirty and a daughter, age twenty-four. Their home is in the North Hills area of Pittsburgh. Tom received his MSW degree from the University

forty years in several hospitals and mental health agencies in Pittsburgh. One of

his hobbies is performing in community theater. Tom has appeared in plays such

as: Mary, Mary; Detective Story; The Diary of Anne Frank; and Harvey. He is a

devoted fan of Turner Classic Movies, and if anyone will agree to challenge him

in a game of the Silver Screen Edition of Trivial Pursuit, he is ready for it.