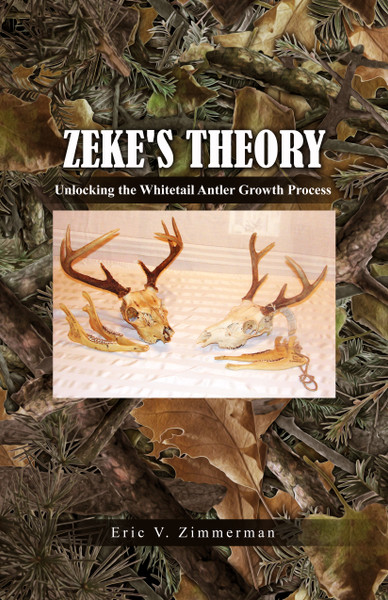 I have been told I have an obsessive type personally, and after reading my book, I think you all will agree. I became obsessed with aging whitetails in my teens, being shown by one of the PGC biologists what the 18-month-old’s tooth looks like along with a brief description on how to use tooth wear and dentine thickness to determine the ages of deer above 18 months of age. My civilian work life has always involved the processing of deer, and if I cut off the antlers of a buck brought in to be processed, I would slice open the cheek, pry open its mouth, and age that buck. I would also weigh the carcasses, and a few patterns did start to form between age, weight, and antler size, and it was not supporting what is considered common knowledge about bucks and how their antlers grow.

In 1998, I shot this eight-point and in 2004 my daughter shot this cute little six-point. I have been studying these two bucks ever since, believing that the difference in the size of the antlers between these two bucks is based on the month they were born in and wondering in theory if the smaller buck’s antler size ever catches up to the larger buck in the following years.

What the evidence is showing is that in order to grow record book bucks, the adage that it takes a three-legged stool of nutrition, genetics, and age is incomplete. Rather, what it takes is a four-legged chair with the animal’s birth date being added to the list of nutrition, genetics, and age. The information I'm providing will be very helpful to game managers who are looking to grow record book class whitetails, as my evidence will show that the antlers of bucks born late in the fawning season will never catch up or reach their full potential, and it is doubtful that they will ever have more than eight points or score over 120 in their lifetime. Check out zekestheory.com for more information and thank you for your purchase, Zeke.

The Master's Deck: The Ultimate Playbook of Learning & Playing the Game of Power

The Dramatization of Defenseless in the Justice System

Messerschmitt: History, with a Twist of Fiction