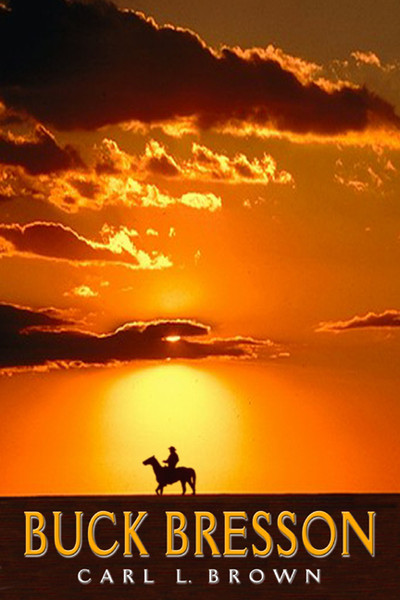 Westerns are as much a part of Americana as baseball and apple pie, and Carl L. Browns Buck Bresson holds its own in the genre of Western fiction. All the components we have come to expect from stories of the Wild Westa manly man, his horse, a womanly woman, the saloon girl, and the villainare imaginatively portrayed in this classic saga of good versus evil. We all know that in the traditional Western, the good guy always wins and gets the girl. Despite this given, Buck Bresson gives us a galloping ride back to when a mans best friends were his horse and his gun, and the old frontier was filled with adventure.

Carl L. Brown, a.k.a. Brownie was born in Omaha, Nebraska in 1919. A member of the Pearl Harbor Survivors Association, he left the navy to join the army after World War II and served in South Korea, retiring with the rank of captain. He became a pastor of the Seventh Day Baptist Church of Centralia, where he served for six years. Brownie is married and has four children and six grandchildren. Buck Bresson is his second published work. (2004, paperback, 88 pages)