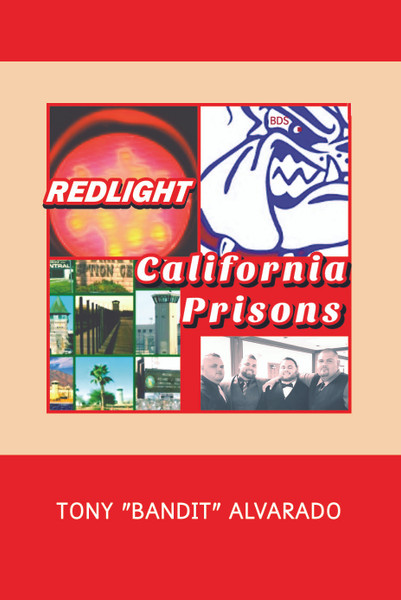 REDLIGHT: California Prisons is based on a Sicario named Tony "SHY" Barrios, whose criminal and deadly past awaits him with revenge and deaths after serving prison time at Tehachapi State Prison in California for a murder he was ordered to commit. SHY falls into a love trap with a ride-or-die chick whom he meets in Ensenada right before a mission. SHY's troubles only duplicate once his three brothers (MAD, FISH, and RED) join in on SHY's mission to bring down some enemies who are plotting to take something valuable and kill SHY. For SHY's troubles to go away, he must find out who wants him dead, the "Locos" motorcycle gang, or the infamous prison gang the Fresno "Bulldogs" (BDS). This story brings out the polemical subject of Redlights and Greenlights put on gang members or gangs by prison mobs in the California Prison System in the late 1980s and 1990s.

Tony "Bandit" Alvarado is a person who loves to tell jokes and stories to entertain people. His dream is to one day have a library full of his books he has written so that his grandchildren’s children can one day read his wild adventures and funny tales.

Jeremiah Saddler and the Sword of Jardine

The Lie That I Am