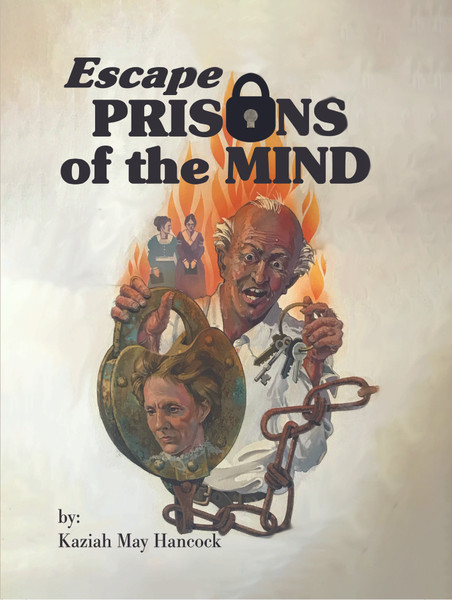 Let me take you by the hand to walk with me down a dark, rocky road as I go thru the school of hard knocks, where only the strong survive. Of course I use colorful language, who wouldn't? Hell, polygamy itself is a kick in the gut.

The powerful story that follows is that of an unscrupulous man using religious compulsion in the extreme, to subject and exploit other human beings for his own personal gain. By adding a word where it was convenient and subtracting words so as to give scriptures a whole new meaning, then claiming priesthood power and rights, he locked naïve victims into a trap. Preach long enough, loud enough, often enough and they will begin to believe it. Control the environment. Do not allow your subjects to have outside communication, then capitalize on their labors. And what do you have? Prisons of the Mind. ©

This is a revised and extended version of that, my first book, now to include the rest of my life after I escaped. It is a true story of survival you will never forget. Oh, and by the way, the people involved in this story were part of the polygamist group eventually led by the child molester Warren Jeffs, who is in prison. I am now a Christian, a recipient of the goodness and grace of God, the God that is GOD. I changed some names to protect the children. The contents are for mature adults only.

If you have heard my name, it may be from a news clip on KARE 11 News out of Minneapolis, Minnesota in 2006 about where I, as an artist, began painting oil portraits of our Fallen Soldiers. I send the paintings to the families as a free gift. What they don’t know is the oppression I have endured and why my freedom means more to me than life itself.

The Effects of Climate and Geology on Hominins in the Pleistocene