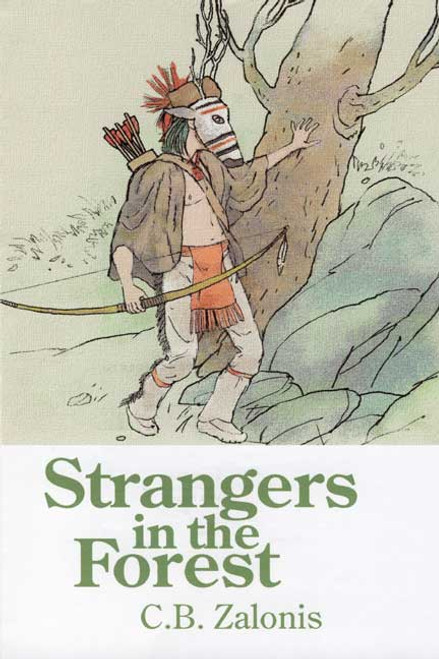 by C.B. Zalonis One day in the wild forests of Georgia in approximately A.D. 1700, a young warrior brave named Red Otter was hunting for deer when he came across something he had never seen before in the forest people with black skin! Where had they come from? Because their skin was so dark, could they be related to bears? Or were they spirits, some kind of ominous omen of terrible future events? Red Otter flees back to the village, and during a meeting with the council, it is decided that another brave, Big Raven, would take a scouting party and follow the black-skinned people to ascertain their intentions. Things take a deadly turn when after a week there is no sign of Big Raven or his party, and everyone fears the worst has happened. They found out soon enough that in a way, the worst has happened Big Raven has taken one of the younger dark-skinned people captive and plans to turn him over to the white men who are hunting the escaped fugitives in exchange for goods. Red Otter is now faced with a difficult choice will he stand on his principles and help the young captive out of his dilemma, or will he remain silent and allow circumstances to take their natural course? With careful attention to detail, subtle building of suspense, and accurate historical details, C.B. Zalonis has penned a powerful tale surrounding the mystery of the Strangers in the Forest. ABOUT THE AUTHOR Residing in his native Virginia, where he is a college student and employed part time by Busch Gardens in Williamsburg, C.B. Zalonis learned of his Cherokee history as a young boy, which sparked a lifelong, passionate interest in the cultures, ways, and beliefs of the Cherokee, prompting him to write Stranger in the Forest. In his spare time, he enjoys Native American and frontier/Old West artwork and culture, martial arts, and reading. (2006, paperback, 32 pages)
×