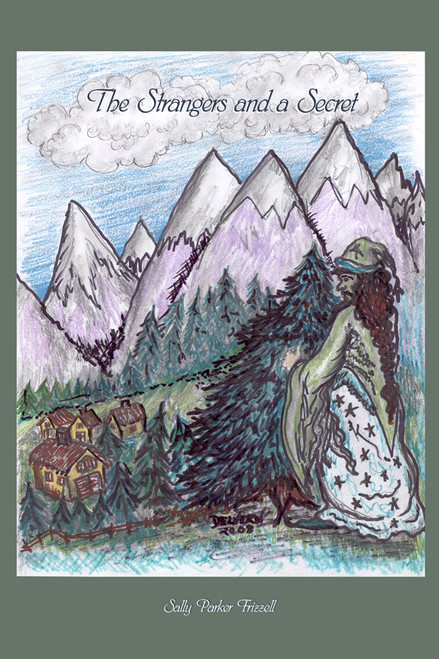 The Strangers and a Secret
by Sally Parker Frizzell

Several years ago, a royal family was torn and their castle was burned to ashes when one of the princes, Prince Tom, who has trained to be a warlock, started an uproar. The rest of the family was thought to be dead, so the soldiers packed up and joined the warlock in his new home at the mountaintop.

Meanwhile, below in the valley, there was a ruckus going on. A new family was moving toward the valley with mules and loads of supplies with them. By the time they reached one end of the river, they began to construct a cabin. They are building their home very near the hidden cave a troublesome issue for the warlock.

Thus, with every passing day, the warlock plots of a way to get rid of them. Unfortunately, he is not aware that an uprising is being plotted against him by none other than his own family and his own soldiers.

Sally Parker Frizzell is currently living with her husband, Leo F. Frizzell Jr. in Groveton, New Hampshire. She has previously authored The Adventures in the Secret Valley, which this new book succeeded. Her main inspiration for writing the book is the memory of her granddaughter believing that flying unicorns and talking animals do exist when she was four years old.