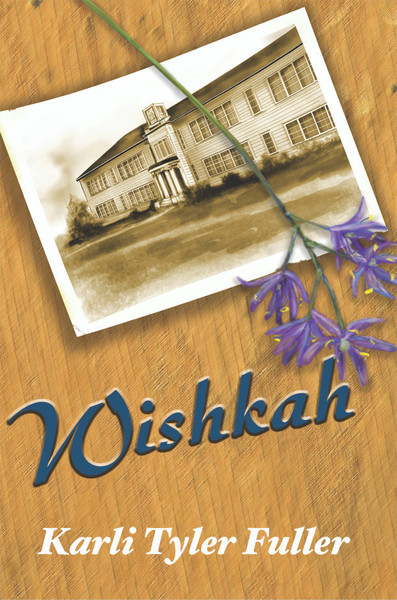 Wishkah, Washington—a small town filled with kindness, hard-working people, and a little bit of mystery, but most of all, unshaken family values. In 1943, during World War II, ten-year-old Karin, her younger sister, and her mother move to Wishkah from Tacoma, embarking on what would be a two-year stay, but ultimately leading to a lifetime of memories.

Karli Tyler Fuller’s mother was an extremely private person, but Fuller always found it fascinating that she cherished her two school years at Wishkah as two of the happiest years of her life. When questioned why this was so, she could not articulate exactly why; however, she did allude to the peace and stability she enjoyed while there, and the fact she adored the surrounding countryside. Fuller believes we all sometimes long for a simpler time, a time that seems less stressful than the world we must deal with as adults. Through the story of Wishkah, Karli Tyler Fuller celebrates her mother’s vision of this time in her life and how it affected her.

Wishkah is an incredibly endearing tale portrayed through the eyes of a ten to eleven-year-old young girl, exploring the new world around her while growing and learning valuable life lessons along the way. Join Karin in what author Karli Tyler Fuller’s mother often said were the two happiest years of her life.

Author Karli Tyler Fuller was educated at the University of Washington as a K-8 schoolteacher. However, she found herself traveling differing paths than she had intended and never did teach full time. This did not keep Fuller from enjoying the company of school-aged children and appreciating the things valuable to them. Even in this time of advanced technology, social media, concerns about bullying, and so many other worries, kids still want the same basic things: to feel safe, valued, understood, and hopeful. Besides writing, Fuller enjoys gardening, quilting, genealogy research, and music.