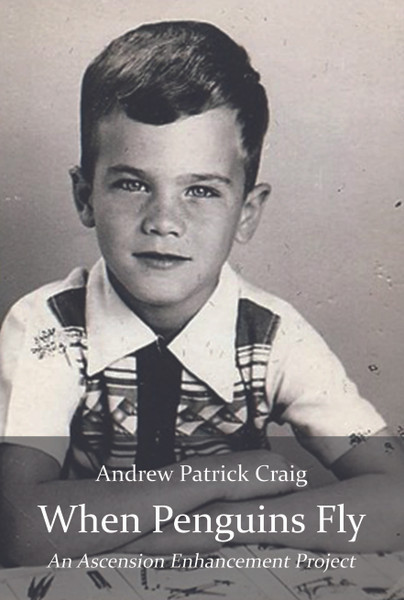 My full name is Andrew Patrick Timothy Michael Craig. My Pops gave me that name, but he told me he never intended to. It is a heck of a name: Catholic Saints, an Apostle, and an Archangel.

My pops had Master’s degrees in Mathematics and Chemical Engineering, but also a personality disorder, and I was severely beaten and belittled most of my first 20 years. In my second 20 years I thought I overcame the trauma: undergraduate and graduate degrees with honors; marriage; and a job as the “numbers” man on hostile takeover transactions which would equate to the recapitalization of around a half trillion dollars of assets using current stock market levels.

My wife, however, went off the ranch while I was doing that, leaving me back at square one, beaten and belittled as worthless. I turned to Higher Spiritualism for an answer, and it turns out I came to the planet to live exactly this life, to overcome it, and to help others do the same.

In two generations, we will likely have 25 billion people on the planet, leading to catastrophic collapse. If so, only higher order consciousness can alter that outcome. Sex, money, and power consciousness can not. I would be honored if you would read my book and get in the game.