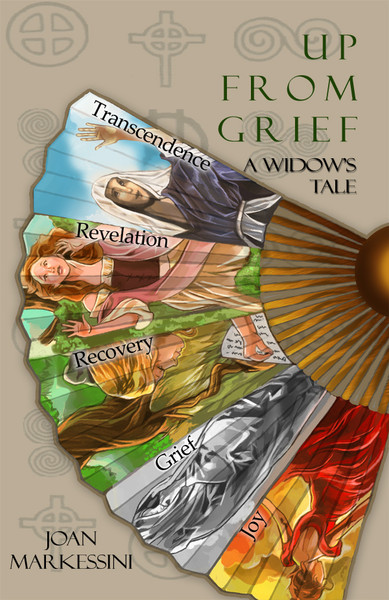 Up from Grief: A Widow's Tale
by Dr. Joan Markessini

Up from Grief: A Widow's Tale is a memoir about a marriage, its sudden untimely loss, numbing grief and the struggle to survive it, the search for a new, acceptable reality and self perception.

The narrative begins with portraits of a partner and a marriage, departs to a struggle for psychic survival, and then to the gradual recognition of a need for personal growth. As part of that quest, candidates for friendship and romance appear along the way as well as hard lessons for good and ill. The narrative evolves into social commentary about the diminution of love and comity in a rights- and responsibilities-based society, and most of all in marital relationships. It ends with self-interrogation and reflection.

A research scientist and psychologist, Dr. Markessini believes that what happened to her life during its most dire interlude marked her deeply yet led to greater understanding. Above all is the hope that through inviting the reader into an intimate universe he or she will take in the life experiences presented and use them to illuminate a way forward even after devastating personal loss.

Dr. Joan Markessini chose the image of a painted folding fan for Up from Grief: A Widows Tale to depict the human emotional states one experiences before and after a serious personal loss. Each state is marked by a dominant emotion, each panel of the fan hosts a female figure expressing in left to right sequence Joy, Grief, Recovery, Revelation, and Transcendence. She chose the image for several reasons. Like a life unfolding, a hand-held fan can be opened vein by vein to its fullest or stopped in process somewhere in between; like the human ego, it can be used to hide, protect, or reveal; and, in our more recent history, it has been associated with and used mostly by women. Fan paintings are an ancient art form, a part of human life for several millennia. They were often closely identified with their makers and owners and signed with the seals of both.

Ancient symbols from the runic alphabet reference life and natural forces and reinforce the fact that human emotional states and transitions are often hidden or encrypted. In ancient times, runes were employed as a means to predict an individuals uncertain future.