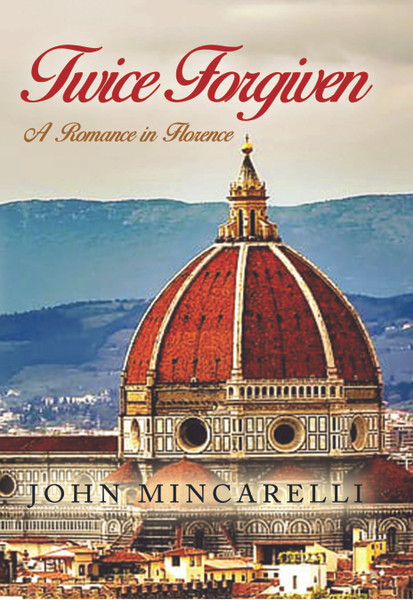 After all the stories that Irene Landis has heard about Italian men, the last thing she wants on her first visit to Florence in the spring of 1966 is to have anything to do with any of them. Yet after a violent confrontation with a young Italian man on the platform at the Santa Maria Novella station, Irene becomes embroiled in a series of encounters that will rock her relationship with her daughter, threaten her marriage of twenty years, and force her to question long held convictions about life and love.

John Mincarelli received a BA degree in English Literature from Wagner College and an MA in Museum Studies from New York University. During his many years in the fashion industry, he has been a buyer for Barney’s and Lord & Taylor as well as an executive with Giorgio Armani and a feature editor for Menswear Magazine. He has also served as a Professor of Fashion Merchandising at Fashion Institute of Technology, NY, Marist College, NY, and Polimoda, Florence, Italy.

When he is not traveling throughout Europe in pursuit of art and music, he resides in the Hudson Valley, where the cultural offerings are as abundant as the apples in its orchards each autumn.