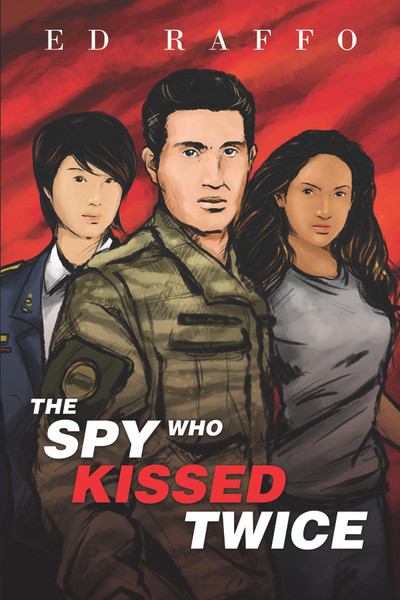 The Spy Who Kissed Twice
by Ed Raffo

The Spy Who Kissed Twice is about the cunning Chinese, how they went to great lengths to infiltrate US Intelligence at the period of the Korean War. The book starts as a war story and the remains of a vicious battle. The reader learns various ways that the Chinese brainwashed American soldiers and their own people. It develops further in telling the story as to how the Chinese Communist beat the Nationalist Chinese and won the civil war. This was done through the education of an American soldier, Charlie Marino, who was a prisoner in Manchuria. He was the dupe who fell into their hands by coincidence. Two women were used by the Chinese to attempt infiltration into US Intelligence.

The book takes many turns and twists but ends with Charlie Marino, the winner or loser. The cover of the book shows Charlie Marino flanked by two women, one Chinese and the other Eurasian. The cover is a little misleading, as one can imagine many things with one man and two women. It resembles the characters in the book, which are purposely misleading. The reader finally understands what the book is really all about.

Who killed LiTi? Is Rosalind a spy? And is Charlie a traitor? The final question is, did the Chinese win the battle of brain warfare? The story goes to the very end of the book, where everything becomes clear. Well, lets just say almost everything.

Ed Raffo grew up in Flushing, NY. He graduated from Chaminade High School, Mineola, NY; and Fordham College, majoring in English, and he joined the Air Force during the Korean War. He and his wife, the late Irene Fischer, had three children: Edward R., Christopher, and Laurie Wells, and six grandchildren. Ed founded Universal Business systems, a computer software company, which turned into a thirty-five-year-old family business that is now being managed by his two sons. The Spy Who Kissed Twice is Eds first novel.