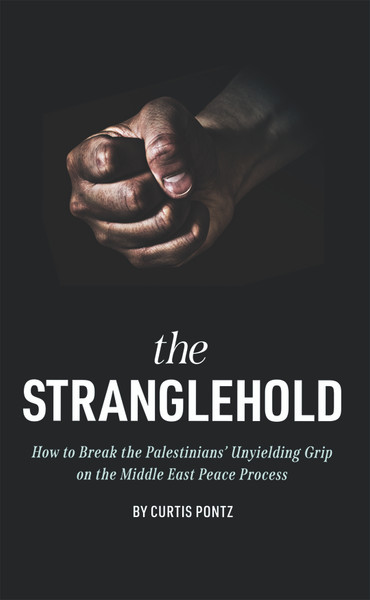 The Stranglehold examines the impactful topic of whether the establishment of the modern State of Israel was justifiable and just. Its author, Curtis Pontz, reasons that if the Palestinians can be convinced of the justifiability and justness of Israel’s creation, they will abandon their long-standing rejection of Israel’s legitimacy and right to exist. It is that unwillingness of the Palestinians to accept Israel’s presence in the Middle East, he contends, that is the real obstacle to resolving the Israel-Palestine conflict. Eliminating that impediment will, Pontz believes, open the door to the pathway to a negotiated agreement that will produce an enduring peace between Israel and the Palestinians.

The Stranglehold provides relevant facts that enable the reader to thoughtfully decide whether Israel’s establishment was justifiable and just. It presents numerous arguments and a theory based on logic. It also attempts to dispel the allegations leveled by the Palestinians to rationalize their rejection of Israel’s legitimacy and right to exist.

Curtis Pontz was born and resides in Philadelphia. He graduated from the Wharton School of the University of Pennsylvania in 1961 and from Temple University School of Law in 1964. Following military service, he held several prominent positions in Pennsylvania state government and private industry, including serving as a Pennsylvania Deputy Attorney General and as a lawyer and corporate officer for more that twenty-five years with a Fortune 500 company. Upon retirement from his corporate position in 2001, he became an Adjunct Professor at Drexel University’s College of Engineering, where he teaches organizational ethics. He is married to Leslie, is the father of five children, and has eight grandchildren.

“[The book] is as compelling as anything I have read on the subject by academically trained historians. . . .  I believe Pontz has done a brilliant job of research and analysis." -Len Lear, Chestnut Hill Local, Philadelphia, PA (chestnuthilllocal.com)