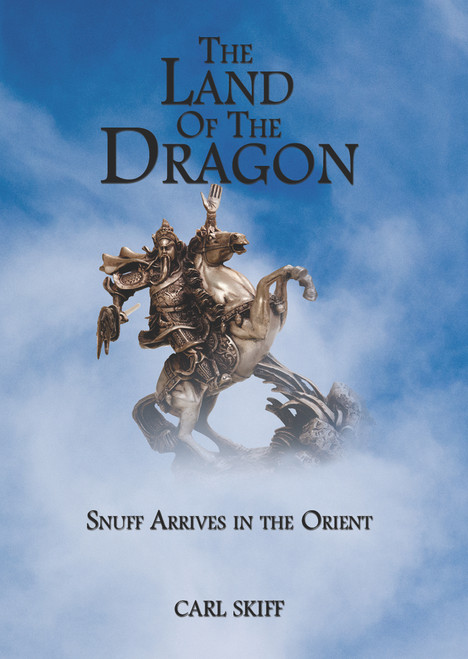 THE LAND OF THE DRAGON: Snuff Arrives in the Orient
by CARL SKIFF

First introduced to the world by Christopher Columbus after his travels to Cuba in 1493, snuff quickly became a steadfast and powerful commodity in Asia. But nowhere was powdered tobacco more pervasive an influence than in China where it played a pivotal role in shaping the history of an empire. For centuries, China placed as much importance in the snuff bottle as in the snuff itself, thus creating an elaborate art filled with spiritual and artistic meaning.

The Land of the Dragon retraces the fascinating, often tumultuous history of snuffs origins and provides a comprehensive practical guide for collectors looking to collect authentic snuff bottles. Each chapter navigates a different facet of collecting with in-depth yet straightforward facts, including types of materials from which bottles are made, methods of craftsmanship, and Chinese legends and mythology that adorn the bottles. Accompanied by dozens of photos of diverse and rare bottles from the 18th and 19th centuries, The Land of the Dragon is the perfect tool for anyone wanting to break into the exotic and rewarding realm of snuff bottle collecting.

Born and raised in Texas, Carl L. Skiff has been an avid collector all of his life. It was during his years as an NCIS special agent for the U.S. Government that he traveled to Asia and became enmeshed in China and its culture. There he discovered the beauty of the snuff bottle and its mysterious allure that takes hold of many collectors. Carl has been a special education teacher for over twenty years and resides in Washington.

When Will Civilization Arrive? (PB)