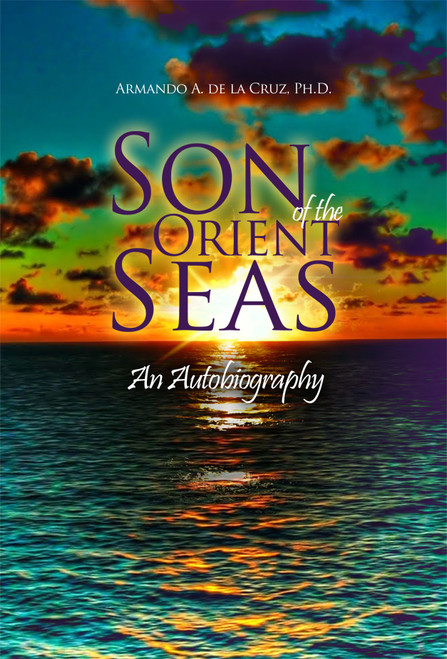 Son of the Orient Seas: An Autobiography
by Armando A. de la Cruz, Ph.D.

Son of the Orient Seas provides a telegraphic history of the Philippines and brings light to the oppressive Japanese occupation of the Philippines in World War II. The author shares his own childhood experiences during such times of upheaval as well as his struggle to achieve a decent early education. Perseverance wins him a world-class education and an academic profession that most have only dreamed of.

Complete with charming tales of a personal love boat meeting, long distance courtship and lucid memories of strange dreams, de la Cruz provides a window into the life of his hard-working and determined immigrant family. Though written as a tangible legacy for his family and friends, Son of the Orient Seas offers interesting, amusing and even heart-warming stories of one remarkable mans life.

He is married to the former Ruth P. Mendoza. He and his family immigrated to the United States in 1970 and subsequently naturalized as American citizens in 1982 and 1985. Dr. and Mrs. de la Cruz reside in Starkville, Mississippi. They have three daughters and four grandchildren.

Songs from Within: A Collection of Poems