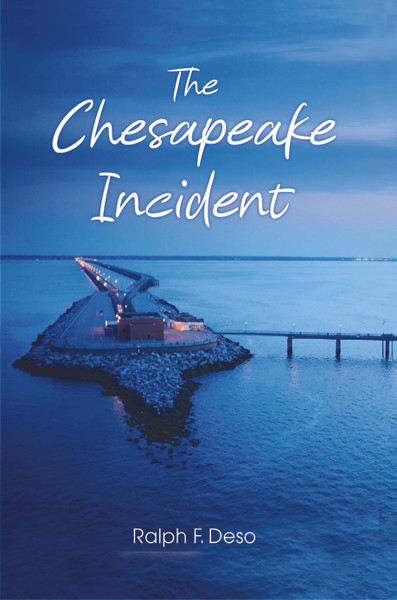 Benjamin Sikes was born in Dayton, Ohio in 1977 and had what many would consider a normal American childhood. Sikes, however, acted out and got into trouble often, and his disruptive, reckless behavior continued into adulthood. In 2001, when the Twin Towers fell, Sikes’s reaction was different than that of his cohorts, believing that it was what the U.S. deserved. His beliefs caught the attention of Doug and Hasheim Abbasi, Muslim jihadists who wanted Sikes to join them in carrying out the wishes of Allah.

This leads us to the year 2018 and the Chesapeake Bay Bridge and Tunnel. As twenty-eight vehicles make their way through the tunnel, they are cut off by white vans—vans full of jihadists with guns. Told in a unique and compelling structure, The Chesapeake Incident is a harrowing tale of a heinous act and of the brave men and women who stood up against evil in the face of fear and death.

Ralph F. Deso is a veteran of the U.S. Navy and Army National Guard. After the terrorist attacks on 9/11, his unit was deployed to Ground Zero where he worked with other first responders and witnessed the unfathomable devastation firsthand. Now retired, he worked in the insurance business for forty-four years and owned a property and casualty agency, which two of his three sons now own. His third son is a schoolteacher. Deso is very family-oriented and is the proud grandfather of six grandchildren. He loves golf and the New York Yankees.

The Lost Chosen: The Library at Alexandria

A Guide For Parents and Teachers to Help Dyslexic Children to Read and Write: Which Witch Ate the Sandwich?