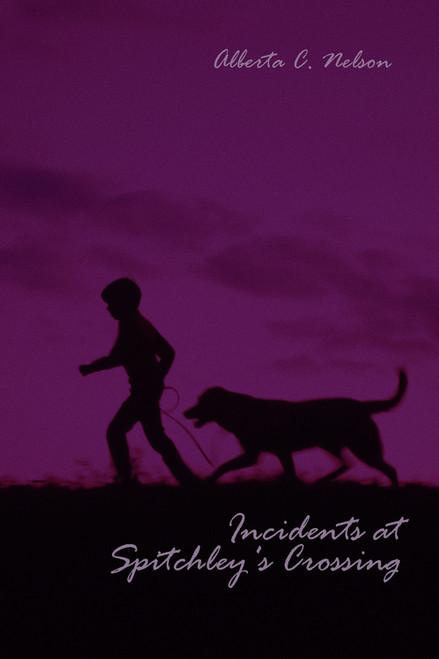 Alberta C. Nelsons Incidents at Spitchleys Crossing is a suspenseful murder mystery that takes place in a small, quiet, rich town in the heart of Mississippi. When Nelson says small and rich, this denotes approximately 1,200 citizens who seem to have everything they want or need in this cozy town, and when she says quiet, this signifies that there is never any trouble. Well, lets just say rarely.

The incidents in this tale begin Fourth of July weekend in 1946, when one of the towns most prominent citizens is robbed and brutally murdered, followed by two others in the coming months. Not since 1924 has this town heard of crime. This throws Spitchleys Crossing into absolute panic, as months pass and these puzzles remain unsolved!

A small boy and a dog hold the secrets to solving the mystery, but will the boy survive long enough to tell the tale? Will law enforcement succeed in catching this diabolical killer, or will vigilantes take over? The quiet, once sleepy, little town will never be the same again.

Alberta C. Nelson is a lifelong resident of Mississippi and currently resides in Hazlehurst with her husband, is the mother of two grown children, and the grandmother of two boys.

A retired teacher, she has several degrees in education and was the recipient of the James A. Bateman Teacher of the Year Award presented in 1993. In addition to writing, Nelson enjoys travel, drama, and the arts. She is one of 2000 Outstanding Scholars of the twentieth century and member of the ford Foundation, 1973.