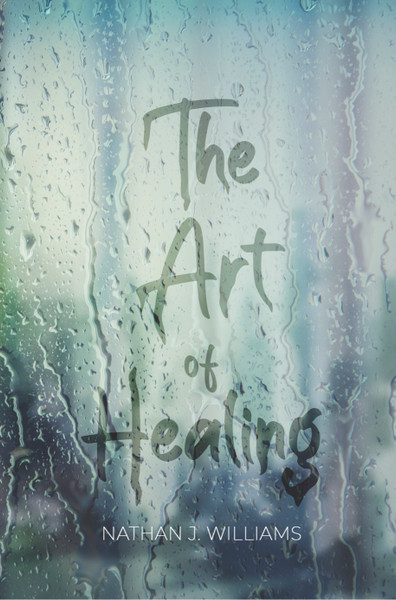 The Art of Healing began as Nathan J. Williams’ dealings with the first real breakup in his life at the time and his forays to understand love both in a romantic sense with a partner as well as cultivating a love for himself and those around him. He only wrote as he felt something real, so in all, The Art of Healing is an anthology of human experiences. It touches on love, relationships, self-love, and understanding, as well as dealing with darker subjects pertaining to self-image, identity, conception of reality, loss, and grief over loved ones. Towards the end of The Art of Healing he reflects on how far he’s grown as a person, all while dealing with the loss of his grandmother, Sabine Williams. He took all of his negative emotions and pent-up hurt and restlessness and tried to write poems that would be accessible to his readers no matter their gender, race, color, or creed.
Everyone experiences love, loss, growth, and joy. Everyone deserves to be heard. With The Art of Healing, no matter where you are in life there will always be something that will resonate with you.

At the time he began writing The Art of Healing, Nathan Williams was living in Sierra Vista, AZ. After graduating Century High School in Rochester, MN, he wanted to see the town he was born in. His grandparents, two aunts, and one cousin were moving and he followed. Once in Sierra Vista, and right after high school with little college experience, he tried the typical path of someone his age and tried enrolling in community college. He became interested in a girl and failed all of his classes, and through her he worked a job at Hastings Entertainment Store, which has since gone under. Working there he met his now-ex-fiancé and the catalyst for the beginning of the 40ish poems of The Art of Healing. They were together for two years, from when he was 19 and ending when he was 21.
Nathan enjoys his time practicing Yoga and Hagenah, taking up archery, meditating, playing board games with friends and family, as well as enjoying craft beer. He is generally slow to anger, rather patient. He has a way with words and cares for those close to him, but by extension he really seeks to help those who need it with the publication of The Art of Healing. He really wants it to get to the people who need it most. We live in hard times, and just a little comfort and kindness can go a long way.