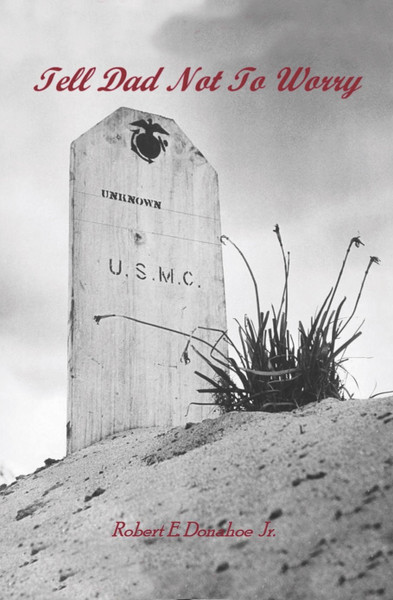 Tell Dad Not to Worry

Tell Dad Not to Worry is the miraculous story of Jack Donahoe, the author’s uncle, from his early childhood years until he was killed in action on Saipan on June 15, 1944 during WWII. In 1991, the author was in a near fatal automobile accident as he was not wearing his seat belt and the vehicle had no airbags. The split second before impacting the bridge abutment, the author felt a hand on his shoulder holding him from going through the windshield. The only thing that went through his mind was Uncle Jack, who he never knew as he was not born until eleven years after Jack’s death. The accident occurred on January 2nd, which he learned later that day was Uncle Jack’s birthday. During his recovery from spinal surgeries, the author researched as much as he could about Jack’s life but could not finish the story because his remains were never recovered. Then, in April of this year, he received a phone call from the US Department of Defense POW/MIA Accounting Agency stating that remains had been found on the Island of Saipan. They asked if he would take a DNA test to try to identify if some of these remains belonged to Uncle Jack. Since his accident, the author really does believe there are such things as Guardian Angels.

Bob Donahoe grew up and attended public schools in Weymouth, Massachusetts. He is the middle child of five from an Irish Catholic family. While attending Wentworth Institute for Engineering, he met and ultimately married his wife, Diane, in 1978. They raised two children, Brianne McGree of Westwood, Massachusetts, and Sean Donahoe of London, England. They are also proud grandparents to Ellery and Jocelyn McGree. Donahoe worked his entire career in the energy sector and in particular renewable energy projects until his retirement in 2017. He currently resides in Medfield, Massachusetts with his wife and their two mini Australian Labradoodles, Piper and Ollie.

Tell Dad Not to Worry