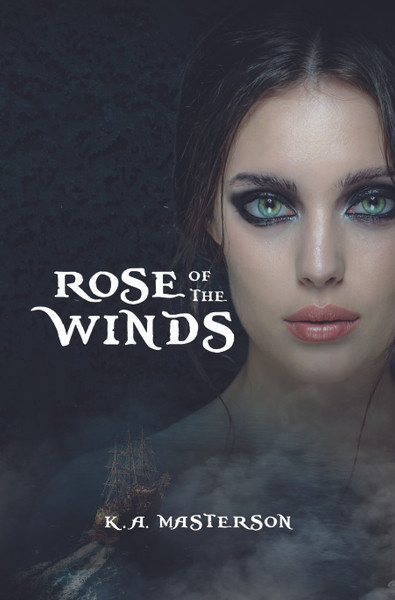 Bred to be a lady but raised to best any man.

Adalyn Fairleigh of Fairleigh Manor is more than meets the eye. She is also the Pirate Queen, sailing with her loyal crew and her first love and first mate Logan. When she captures the attention of Lord Nathaniel Blackstone of Montagor, he is sorely underprepared for her wit, bravery, and passion. But only one man can ever tame her carefree and wild heart.

Rose of the Winds is a wild adventure on the open seas, one filled with betrayal, swashbuckling, and romance.

Born in a close-knit, melodramatic family, who both encouraged her creativity and offered the opportunity to express herself in different genres, K.A. Masterson developed herself as, first and foremost, a poet and essayist. When she began reading more fantasy, romance, and adventure, her writing branched out into the intricacies of relationships within fantasy and adventure genres. Through her writing, she has mastered the art of escapism and expression. She has written over thirty novels and poured her heart into hundreds of poems.

Masterson currently resides in New England with her ever-patient husband, their two children, an aging Chihuahua, and rambunctious Pitbull/Boxer mix, and a feisty cat, ruler of them all.