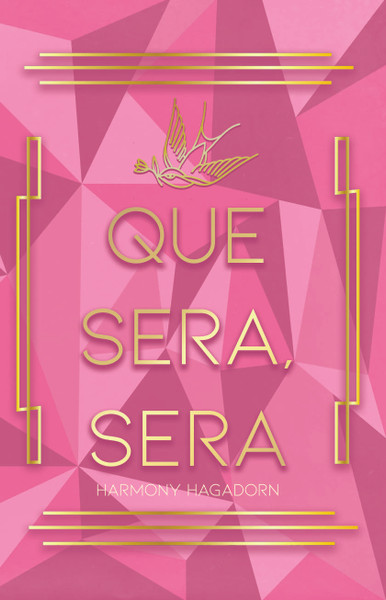 Que Sera, Sera is a collection of poetry, written over several years and centering around bouts of rehabilitation in residential facilities. Based on personal experiences and the stories of the women around the author, this book can be triggering and depicts raw emotion of the struggle and pain of the experiences but is also healing catharsis and empowerment.

Mental health has become so stigmatized in media and throughout cultures. Que Sera, Sera reaches out those who lack the opportunity to get help and reminds them that they are never alone.

Harmony Hagadorn was born and raised in Phoenix, Arizona. When she turned seventeen she enlisted in the Navy and spent the first several years of her career overseas in the 7th Fleet. She has struggled with mental health after a bumpy upbringing. It’s been even rockier since her time in service, and she ended up knocking on deaths doorstep every time. Since these experiences, she has been able to create a whole new life for herself with safe friends, family, and professional relationships.

Hagadorn believes in giving back to the community. It takes nothing to recognize her own privileges, and so she does her best to advocate for causes that are important to her. She frequently feeds the homeless, volunteers, and leads training and educational groups for women struggling with eating disorders.

Hagadorn’s friends are the largest support system in her life and have helped create her belief that we build our own families. In her free time, Hagadorn loves to be outdoors and breathing in fresh air. She loves to travel as much as she can and always tries to truly submerge herself into others cultures to educate herself. She loves to read and obviously write, play music, and create art, as well in moments of intense emotions.

Overall, she tries to follow her core values of kindess, humor, and creativity.