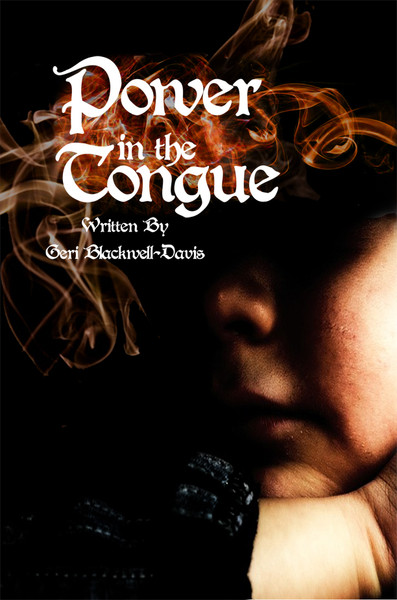 Power in the Tongue
by Geri Blackwell-Davis

Gene was a brilliant and athletic kid and young man. That is, until tragedy struck. From the day Gene returned from the hospital, his care meant on-going adjustment on the part of his care-givers, his loving mother and devoted sister. Gene is both strong and handicappeda contradiction that proves challenging to handle.

Gene also has a remarkable ability to throw his voice and speak without actually speaking. This is now his only way to communicate. Gene and his sister learn this is the latest Gift from their Gypsy lineage.

Geri Blackwell-Davis has been blessed with a life that has been interesting in both the bad times and the good. The bad times are in the past, where they will stay. The good times are reflected in the authors four children, ten grandchildren and sixteen great grandchildren. All of them are succeeding in adulthood.

In 1960, at the age of 30, Geri attended school to become an X-ray technician. With additional courses in the 1970s, she became a Nuclear Medicine Technician. She worked in both fields for 42 years before retiring.

In addition to writing, Geri is also a watercolorist and a stained glass artist. She has designed and constructed stained glass windows for churches in Illinois and New York.

Geri thanks God for the many things He has allowed her to do. All things are done in His name.

The Tongue Can Break Bones - eBook