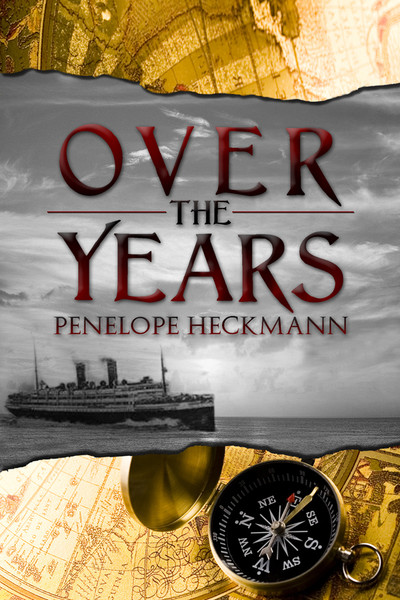 Over the Years
by Penelope Heckmann

Penelopeor Penny to those dear to hermarried Percy Eduardo, a Brazilian of German descent, in Brazil. Since no relative of hers in the United Kingdom was able to attend her wedding, she decided to take Percy to the country so he could meet her loved ones in England and Scotland. In Blackburn, England, Percy met and talked to Captain Walter, Penny's grandfather, a hero of two world wars and a shipwreck rescue mission. As Percy related that he grew up in an Italian household, Captain Walter took his bronze statue, a token of thanks from an Italian colony for saving the passengers of a ship called Principessa Mafalda that capsized near the northern coast of Brazil. Percy then recalled a story narrated to him by Generoso, the uncle of Luciohis stepfather and the father of his younger brotherabout a shipwreck he got into, which corroborated the old man's tale.

From this true story of the shipwreck and statue, they discovered how the people who they all know and love are in one way or another interconnected by coincidences, which led to colorful recollections of the lives of the individuals who are either their progenitors or incidental relationstales that are worth telling and retelling.

Penelope Heckmann was born in Rio de Janeiro and pursued education in her native country and in Lancashire, England. She currently works as a travel agent and lives in Brazil with her husband and three children.