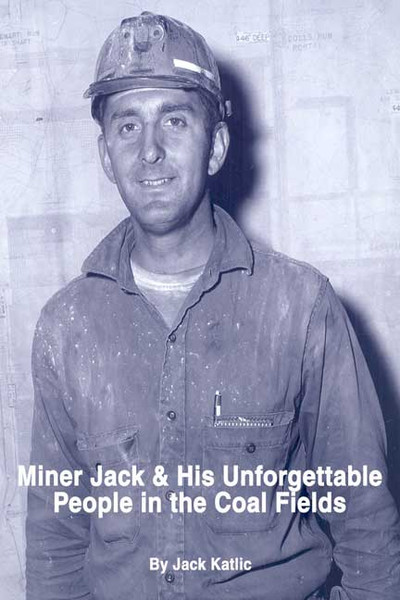 by Jack Katlic In 1948, Jack Katlic entered a coal mine for the first time, as part of a surveying team. He has been intimately involved in the coal mining industry ever since, retiring as senior vice president, American Electric Power, Fuel Supply. This book tells the stories of the many unforgettables he has encountered in the industry, from face workers to board chairpersons, across six decades and six major coal and industry organizations. Miner Jack and His Unforgettable People in the Coal Fields also describes the main mining equipment developed and used in each time frame, information little known to the general public. Coal mining, the author explains, is an advanced, sophisticated industry, in contrast to general belief. It is the people whose stories are told here who have made it so. ABOUT THE AUTHOR Jack Katlic has worked in the coal industry since his initial job as a mine surveyor in 1948. He earned a B.S. and then an M.S. in Engineering of Mines, at West Virginia University. His masters thesis was entitled, Pillaring with Continuous Miners in the Pittsburgh Seam. His work in the industry brought him greater and greater responsibility, as he was successively mine superintendent, general superintendent, and senior mining engineer before moving into executive positions. At the time of retirement, Jack Katlic was senior vice president, American Electric Power, Fuel Supply. He has served as a consultant for projects in Russia, Siberia, Kazakhstan, and South Africa. Currently he is a management consultant in the field. Jack Katlics special interests include sailing and building exotic 1/8-scale model automobiles. (2006, paperback, 156 pages)

God is Good: Featuring His Personal Dialogues with His People