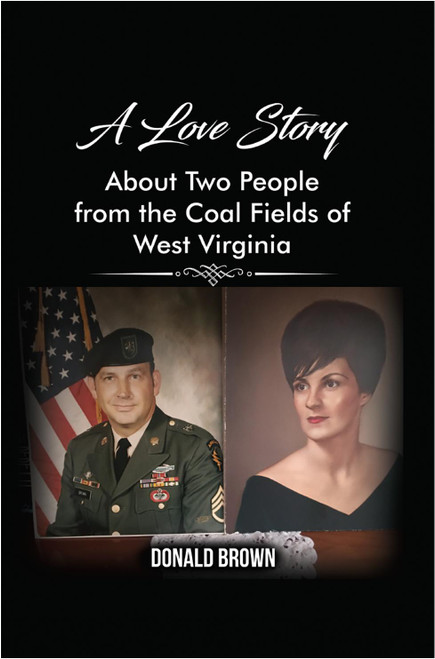 Growing up as a coal miner's son, Don often found himself moving around from town to town across the country. There was always a new place to learn and new faces to meet, often making Don long for a place to call home. Who would have thought this hectic lifestyle would lead Don to the love of his life? After meeting Nancy, Don found that home was not a place but, rather, a person. Even though his life as a coal miner's son eventually ends, a new challenge arose that kept him separated from his wife. Becoming a professional solider caused Don and Nancy to endure even more time apart from one another as they continued their journey through life. The relentless couple strives to prove that maybe distance really does make the heart grow fonder.

Donald Brown was born in Hugheston, West Virginia. Brown grew up as a coal miner's son, which led him to his beautiful wife Nancy.

As soon as I heard that this book was published, I knew I had to order it. I received it in a few days & was so excited. And it did not disappoint - it was a very good read - made me cry, laugh and so proud of the relationship of my uncle & aunt. Some events I already knew but there was a few surprises along the way.
Thank you for sharing your love story with the world.

The Animals and Their People: My Stories - eBook