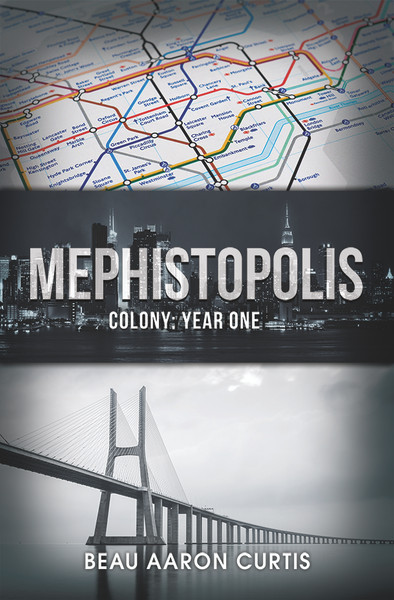 Does Humanity have the ability to inhabit and sustain life on other planets? In Mephistopolis it does, but the original colony, named Colony: Year One, was the failed attempt left in smoking ruins. What led to the fall of the Colony? Who is left, and how do they survive?

Not much is known other than the fact that Earth has abandoned the people of Colony: Year One on a planet without an orbiting sun. In the aftermath of the great war that tore the whole Colony apart, those who survive are left desolate on isolated 'Sanctuary Cities' still up and running. As the people of Mephistopolis watch on, the lights of the other Sanctuary Cities are slowly blinking out.

Beau Aaron Curtis is locally part of his church and is an active and practicing Christian. Curtis’s hobbies include biking and trying to get back into shape through exercise. Curtis is very much attached to his family—his mother, his two brothers, and his extended family—and he does what he can to keep in touch and stay active.

Though Curtis has no background in writing, he developed a love of it at an early age after his grandmother Ernestine Barraza taught him to read when he was still very young. Curtis has been cultivating a cast of characters—and slowly, the book of Mephistopolis—over the better part of fifteen years.