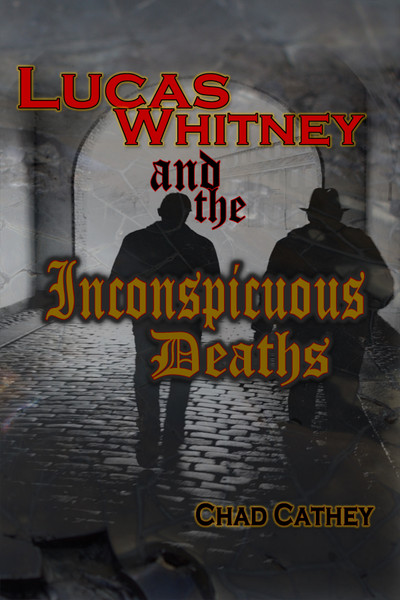 In Holland, if there ever is a case in which a police department needs help—one that they can’t solve—they can always count on the Holland Investigation Service, better known as the HIS. Usually the HIS is able to take care of any case, but even they aren’t perfect. So whenever the HIS truly needs help, they always hire Lucas Whitney and his partner, Dr. Jenkins.

Lucas Whitney is the best private investigator in all of Holland. It is said that Lucas and Dr. Jenkins have solved every case they have been assigned in the last twenty years.

Join the HIS, Lucas Whitney, and Dr. Jenkins in Lucas Whitney and the Inconspicuous Deaths as they help four different police departments in the towns of Valkeveen, Bikbergen, Graveland, and Amsterdam catch a serial killer who is on the loose.

Chad Cathey was born in Newport Beach on August 29, 1968. He was born with epilepsy. In February of 1969, he was adopted and was raised in Ridgecrest, California. In January of 1997, Chad met the love of his life, Jessica Baker. On January 12 of 2001, the two were married. Jessica and Chad have two boys: Gabrial and Noah. In December of 2014, Chad released his first book, Epilepsy and the Epileptic, on Amazon in both paperback and a Kindle edition. The book is a two-part work: the first half is a nonfiction medical explanation of epilepsy and the second half is a mini-biography. Chad wrote this book to help the public learn more about epilepsy, in the hopes that fear of the disability or of epileptics themselves might be alleviated.

Chad got his drive to write after reading the great works of J. K. Rowling with her Harry Potter series. Thus, in a similar vein, he is embarking upon a journey into the realm of fiction writing. His first mystery, Lucas Whitney and the Inconspicuous Deaths, is the first of many. How many will comprise the series? Time will tell. Chad also plans to write a thriller series, which is as yet unnamed and in development. Interested readers may reach Chad via email: authorchadcathey@yahoo.com.

Making Your Own Accessories and Jewelry