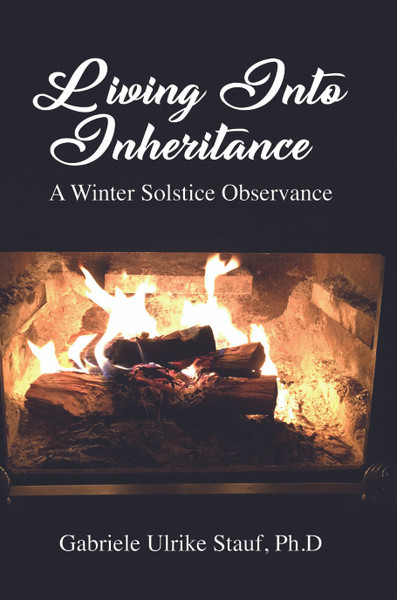 Living into Inheritance: A Winter Solstice Observance is a collection of poems describing a woman's journey. As in most life journeys, the poems reflect ambivalence, self-doubt, daring, loss, and resolution to questions that accompany the unfolding of life. Resolution to struggles is possible and revelatory of deep truths.

The uniqueness of the book derives from the turns of phrase used to express emotions and questions. It reflects both the immigrant experience and the absence of a parental figure. The poet's point of view is shaped by these two aspects of her life. It is a true sense of community, especially for those readers whose life experiences have presented them with the task of reconciling loss and finding a path uniquely their own.

Gabriele Ulrike Stauf has been an educator who enjoyed involving her students with community engagement. She enjoys and supports the arts wherever she lives. She is a votary of nature and considers the seasons and natural events her native language. She is the mother of three children who comprise her family circle since only she and her mother immigrated to the United States. However, she is of the habit of building circles of affection and support no matter where she has lived and counts herself blessed with meaningful relationships.

A Will for the Living