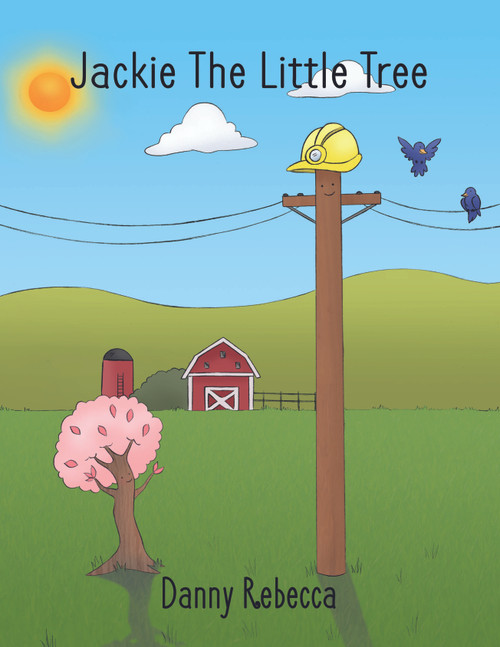 A little tree named Jackie is saddened because she can never be utility pole. She is too little and not straight enough. But Jackie soon realizes that her true purpose is to make people happy. This heartfelt story for children shows that everyone can find their meaning and purpose.

This book was written in memory of the author’s daughter, Jackie, who passed away at age eleven from heart disease. Although Jackie’s heart was weak, her spirit was strong. She was always willing to try new things. She had an adventurous spirit and tried and did many daring things, like riding in a helicopter or on the back of an elephant. She wanted to be a dancer and a singer and had the talent to do both.

Danny Rebecca was born and raised in Brooklyn, New York. He is the middle child of three siblings. He is a trained musician and singer. He’s also a stand-up comic and impressionist. Danny has done many shows and has performed on some notable stages and nightclubs. Danny was a New York City police officer and a 9-11 first responder. This is his first book and he hopes to write more.