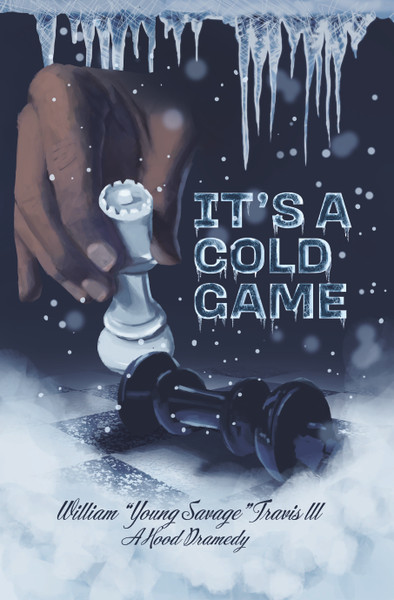 After Sincere's mother and grandmother were killed by a suspect fleeing apprehension. He was adopted by the pursuing officer and his wife, who was a criminal prosecutor. After losing her to cancer, Sincere turned to a life of organized crime to soothe his pain. Sadly, one of Sincere’s prostitutes was brutally murdered by one of her clients. Consequently, her brother Sav launched an all out street war against Sincere's organization. If that wasn't enough, Sincere made matters worse by killing his supplier’s brother while playing the Good Samaritan to a beautiful goddess named Sorya. Unfortunately her and her sister repaid him by bestowing a succession of death and deception. Follow one of Oakland's finest as he battles his demons within while trying to escape the game through his music.

Raised in Oakland, CA, William Travis III, like many of the inner-city youths, became ensnared by the street life known as The Game. He is currently serving an excessive sentence of seven to life, with a 25-to-life gun enhancement, in California State Prison, where he has made the conscious decision to rehabilitate himself through literature. He is using his incarceration as allotted time to author books, screenplays, and graphic novels. He will happily respond to any fan mail via mail. For his mailing address, visit www.inmatelocator.com.