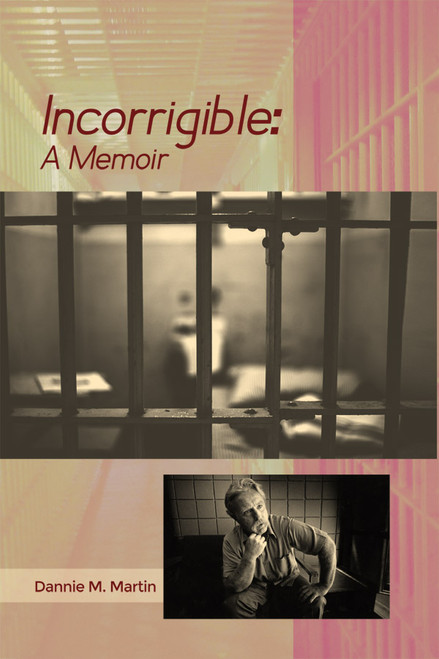 Praise for Committing Journalism: The Prison Writings of Red Hog:

“One of the great political works of our time, a book that ought to be required reading for every American citizen.”

Praise for In the Hat:

“Powerful, controlled writing… An unexpected bonus is the deadpan humor of his unadorned writing style. This is a treat.”

At thirteen, Dannie M. Martin first entered a jail. For the rest of his life, he would be in jail, on parole, or avoiding arrest. As a teenager, Martin found an unlikely sense of comradeship, a nickname, and a passion for words in juvenile halls. Outside, he developed a drug addiction that would rule his life.

In Incorrigible, Martin recounts his life as a criminal and addict – and also as a writer, father, and friend. He writes unflinchingly of the racial tensions and riots in prison, but also the humanity and humor of the prisoners themselves. A series of articles for the San Francisco Chronicle gave Martin a chance to tell his own stories and share how the reality of prison life affected the convicts and their loved ones.

Out of prison, Martin continued his cycle of crime and addiction that left him accepting awards while high on heroin and publishing novels while on the lam. Filled with sharply drawn characters of fellow criminals, addicts, prison guards, and lawyers, Incorrigible is a joy ride with an author unlike any other. Humane and funny, this is Martin’s brutally honest telling of his story.

Dannie M. Martin (1939-2013) spent about half his life in reform schools, jails, and prisons for crimes propelled by drug addiction. Martin called himself “a criminal by any definition.”

In 1986, while in Lompoc Federal Penitentiary, Red Hog – as he was known inside – sent an article cold to the San Francisco Chronicle about AIDS in prison. When Peter Sussman published it, Martin’s dream of being a writer became reality.

Fifty of Martin’s Chronicle essays were compiled in the book Committing Journalism: The Prison Writings of Red Hog, with a running commentary by Sussman. Their on-going collaboration, about the world behind bars in America told through a convict’s eyes, brought the two several prestigious journalism awards.

Martin was released from FCI Phoenix in 1992, after serving twelve years for a thirty-three year sentence for bank robbery. Despite bouncing in and out of prison for parole violations, Martin continued his writing with the publication of two novels, In the Hat (published while Martin was on the lam) and The Dishwasher, which is currently being made into a French movie expected to be released in 2018.