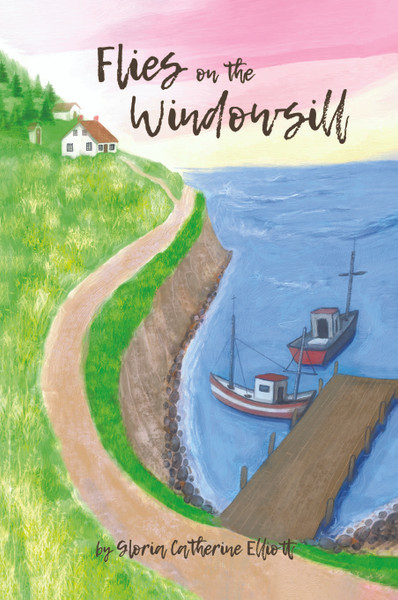 Flies on the Windowsill follows a young girl’s life through its many misadventures and changes. We learn of her favorite brother, Gene, and the times he rescues and protects her. We learn of her other brothers, who seemed at the time to be total strangers to her. We follow her through her mother’s death, a run-in with an axe, nearly drowning, moving in with her sister’s family, and her broken heart at losing contact with Gene. Discover the happy and sad existence of this brave young woman.

Gloria Catherine Elliott was born on February 7th, 1953, making her the youngest of her siblings. Her mother had given birth to eleven children in her forty-one years, losing two of them before Elliott was born. The fishing village her family lived in had mostly fishermen making a living from the cold, frigid waters. Her father was a fisherman, but also did jobs in carpentry because he was a carpenter as well. Gloria Catherine Elliott now lives in Florida, while the rest of her siblings live in Canada. She keeps in contact quite often with her brother Eugene, whom she called Gene growing up. Gene resides in his own home that he built next to their father’s old home in Happy Adventure. Elliott has overcome two heart attacks, ovarian cancer, and a host of other ailments in her sixty-seven years of life. She is always extremely happy and grateful to God for continuously giving her another day of life.