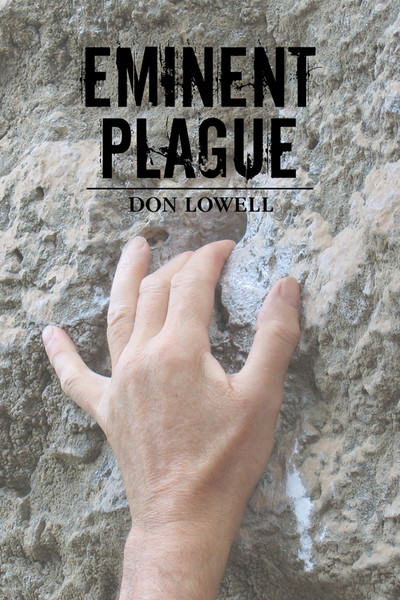 After years of staggering from one global disaster to the next, humanity faces what will perhaps be its final enemy: the epidemic Heavy and its aftermath. Aided by human folly, apathy, and arrogance, the Heavy has wiped out most of the planets population, and with it, all semblance of civilization. A few, scattered bands of survivors are left to pick up the pieces and rebuildif they can.

Told from the viewpoint of one of the surviving groups leaders, Eminent Plague is a fascinating study of courage and cruelty in the face of nearly unimaginable hardship. Don Lowell paints an intricate picture of the plagues survivors, struggling to overcome the ever-present threats of starvation and disease, and in the process creating the beginnings of a new, primitive society. But their modest success draws brutal bands of human predators, intent on plundering their hard-won resources and on burning and killing everything elseindifferent to humanitys long-term survival. In Eminent Plague, humans overcome disease, starvation, and anarchybut can they survive human stupidity?

With his doctorate in Applied Mathematics and his love of history, Don Lowell brings to his story-telling a meticulous approach and a sharp insight into human heroism and fallibility. A native of Wyoming, Don Lowell and his wife Becky have lived in Colorado for twenty-five years. In his spare time, he pursues interests from climbing to horticulture and entomology.