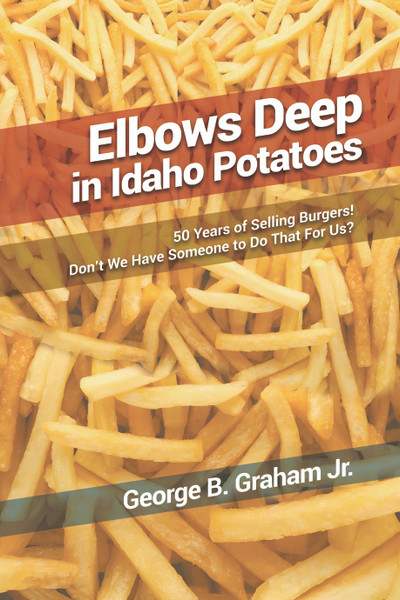 Up to his elbows in Idaho potatoes, George B. Graham Jr. began working for McDonald’s of Rockford, Illinois in September 1964. It was there that he learned how a fast-food chain could be run like a “military operation.” Every Saturday morning, he and the crew lined up—all smiling, in clean uniforms and polished black shoes—for the inspection by good ole Ed, which began at exactly 10:45 A.M. (Ed’s watch time).

In Ed’s operation, quality, service, and cleanliness were paramount, but George knows the irresistible “World Famous” French Fries were really what kept the customers coming back.

Leaving McDonald’s after five years, George began what would become a lifetime of “Selling Burgers” with Burger King of Rockford, Illinois. In 2013, the year George retired from the position of General Manager, his location had served over eleven million customers. After a lifetime of experience, these are his stories.

George B. Graham Jr. and his wife have four grandchildren and four great-grandchildren. When their children were young, Graham and his wife both served as President of the PTA for their children’s schools. When their son took interest in baseball, Graham got involved with little league coaching. Similarly, when their son began Scouting, Graham became a Cub Master and later the Scout Master of his son’s Boy Scout Troop.

Early on in Graham’s career at Burger King, he attended BK University in Miami Beach to further prepare himself to continue his leadership role as a General Manager.

In his spare time, Graham enjoys camping, hiking, biking, woodworking, and tending to his grands and great grands.