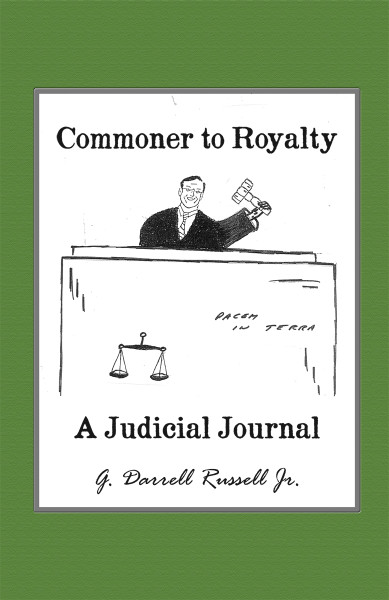 Judge G. Darrell Russell Jr. served for twenty-one years as a state District Court Judge before retiring and returning to the practice of law. The Maryland District Court is popularly referred to as the people's court because it is the court where most of the citizenry will appear. It is a progressive, successful, self-sufficient court, which has been copied and emulated by a great many other states. In this collection of anecdotes spanning over two decades of courtroom experiences, Judge Russell relates, in colorful fashion, many stories from this court, populated by a colorful cast of charactersfrom the slick, pinstriped lawyers of small claims court to the parade of underdressed ladies with names like Tempest and Buttercup. As Judge Russell has returned to private practice, he has gathered more court tales from a practitioner's perspective. He seamlessly blends a sense of irony and satire with his devilish perspectives on politics and law.

About the Author: G. Darrell Russell Jr. lives in Towson, Maryland and has four children, who, as he describes, "come and go and wherever they roam, have not left home without their dad's American Express card!" None have pursued an avocation of law, but are grateful offspring for the continued parental benevolence. Russell is the author of Lincoln and Kennedy: Looked at Kindly Together and Hotbed for Hybrids: Lacrosse and Soccer in Baltimore. He is a graduate of Loyola University Maryland, where he also coached lacrosse and cross-country during his early years as an attorney. He has a master of liberal arts degree from Towson University, with academic concentrations in English and Theology. His law degree is from the University of Baltimore. Having returned to the practice of law in the Baltimore metropolitan area, he is specializing in Criminal Law and Personal Injury.