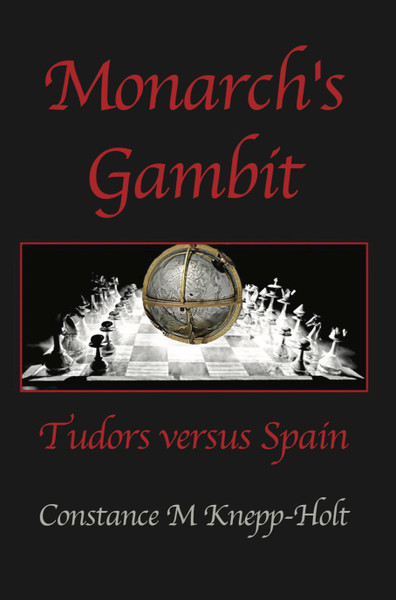 Monarch's Gambit is a detailed account of the behind-the-scenes events that surrounded and fueled the 123-year "chess game" between Spain and the Tudor dynasty. As this work thoroughly demonstrates, these events did not just affect the key players of the monarchs but also filtered down to the commoners, and even crossed oceans.

Constance M Knepp-Holt spent the majority of her youth living in England, Germany, Virginia, and South Carolina because her father was in the Air Force. Knepp-Holt is a U.S. Navy veteran, as is her husband of twenty-five years with whom she has three grown children. They reside in the corner of southeast Georgia in a quaint historic little town. There, Knepp-Holt manages and designs sets for a local Playhouse which was originally a train engine maintenance building built in 1935.

When not at work, Knepp-Holt enjoys tending to her formal gardens, spending time with her family, sketching, and writing. She loves to travel and experience new things.

Life Happens! Now What?: How do I navigate the unforeseen

Life Happens! Now What?: How do I navigate the unforeseen - eBook