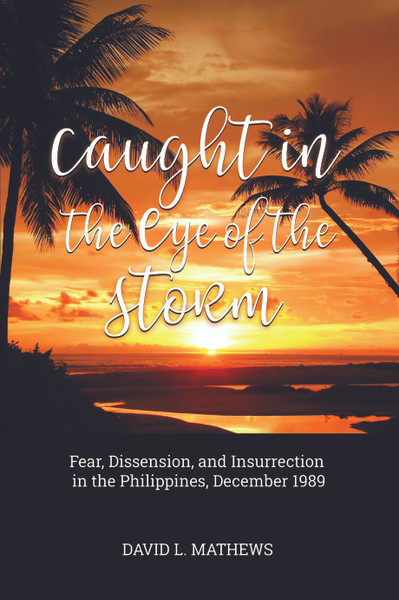 Caught in the Eye of the Storm: Fear, Dissension, and Insurrection in the Philippines, December 1989

On November 29th, 1989, David L. Mathews touched down in the Philippines, a place very near and dear to him. However, this trip would not be his typical leisurely vacation. Not long after his arrival, David is woken up by the sound of explosions. When he turns on his hotel TV, he can barely comprehend the news report: Manila is being bombed by rebel forces. What follows is the true story of what Mathews witnessed in the chaos and aftermath of the failed coup d’état—a tale full of adventure, danger, history, intrigue, and humor.

David L. Mathews attended the University of Utah, majoring in journalism and graduating with a Bachelor of Arts in English and Creative Writing. He also received his certificate of graduation in professional photography from the New York Institute of Photography. He retired in 2015 after 37 years of working in the U.S. Postal Service. David has travelled throughout Asia, Europe, The United States, and Mexico and has written articles, stories, and book reviews. This is his first book.

David currently lives with his wife, two sons, and two daughters in Utah.

Caught in the Eye of the Storm - eBook

How to Not Fall Down...life lessons on aging - eBook

The War Between Humility and Pride