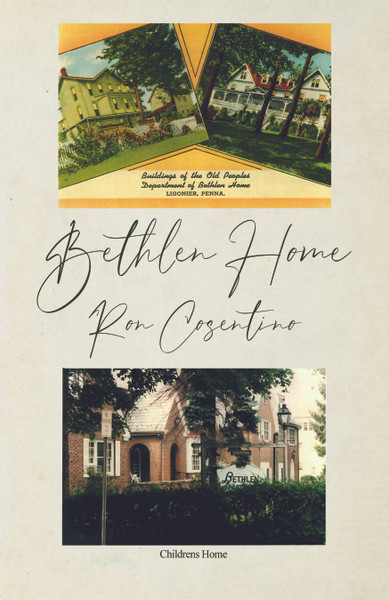 In his memoir, Bethlen Home, Cosentino recalls the abrupt shift in his childhood that would alter the course of his life forever. The day after Christmas, as Cosentino and his brother and sister were still enthralled with their new toys and gifts, his mother left, giving the implication that she was going out on a date. In reality, she was seeking out an abortion in secret. In the early morning hours of December 27th, 1958, Cosentino's mother dies alone in the hospital from blood loss due to severe complications with her abortion. With the death of his mother rocking the family to its core, the three children are sent to the Bethlen Home, an orphanage run by the United Hungarian Reform Federation Church of America, and the place the kids would call home for nearly the rest of their childhoods. Still trying to process his grief, Cosentino writes about his complicated and transformative time at the Bethlen Home and how it ultimately made him who he is today.

Ron Cosentino was born in Passaic, New Jersey but later moved to the Bethlen Home for children in Ligonier, Pennsylvania where he spent the majority of his childhood. He now resides in Marietta, Georgia.