Battle of the Plastics: The Animals Story - eBook 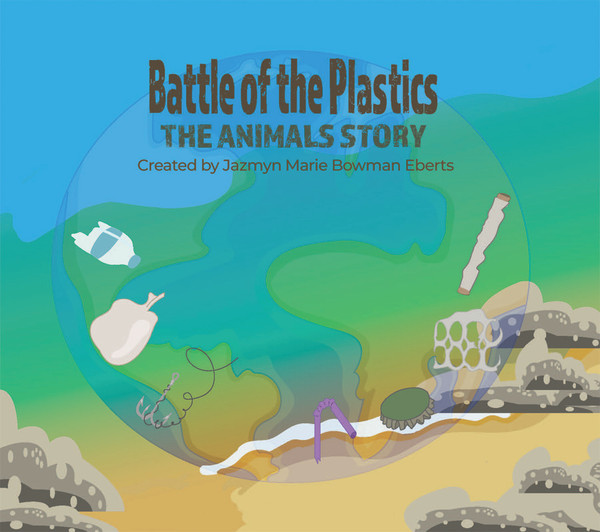 Battle of the Plastics: The Animals Story - eBook

The SAFETY of animals

are here for all to read!

From land, to different seas,

the animals are in need.

They are all counting on you,

and the world is too!

The BATTLE between the animals' and the plastics.

Don't you know my friend, plastics are drastic?

Jazmyn has always had a passion for the arts, and uniting such a powerful topic as is covered in Battle of the Plastics with her artwork is dreamlike. Her eldest sister, Merriah, who left the world far too early this year, is who gave Jazmyn the incentive to continue helping those in need. Merriah was employed by the town of Southampton on Long Island NY, and she strived to protect the plovers who's habitat was being endangered. Jazmyn sees a part of Merriah in herself and puts that drive into putting others before herself.

Jazmyn Marie Bowman Eberts has a passion for putting others before herself. In past years, she has been a part of charities raising money for the animals at Brennan Humane Society. She was a part of the Phi Sigma Sigma Foundation and helped raise money for children at local schools to form a better education. Using both her artistic talent and positive charisma, she has helped those societies be successful, and those experiences have created the person she is today.

The Animals and Their People: My Stories - eBook