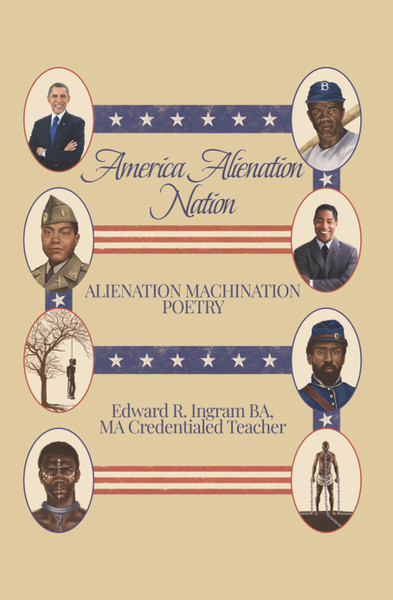 America Alienation Nation: Alienation Machination Poetry is about the horror good patriotic Americans face as a result of the utter chaos caused to this great country by the disaster that is Donald Trump—spoon-fed lies, hatred, deception, negligence, corruption. He was impeached twice, causing the worst attack on the American government (January 6th) since the Civil War. Our lives, freedoms, right to vote, to work and prosper are under assault from within our union. We now see democracy is fragile and needs a booster shot, more people talking truth to power.

Edward R. Ingram’s message to his readers is to speak out against GOP Authoritarianism as unsustainable and destructive.

Edward R. Ingram is a black male of 69 years old. He worked for LAUSD for eighteen years teaching English/History and is now fully retired. He enjoys sports and participates well in them. His favorite hobbies are surfing and waterskiing, and he also enjoys playing video games. Edward is halfway to a private pilot’s license. He also enjoys punching a speed bag.

Edward is married to a wonderful elementary school teacher, the two have been together now for 28 years. He has numerous construction-based skills, and he exercises regularly to stay in shape. He also takes great pride at being a “Barbie Uncle” for his nieces and is known to cook good barbeque. A graduate of political science, he completed research for advanced degrees, which have given him the tools and a healthy appetite for current news, allowing a proper focus in real time.

How I Use My Kid Power at Home