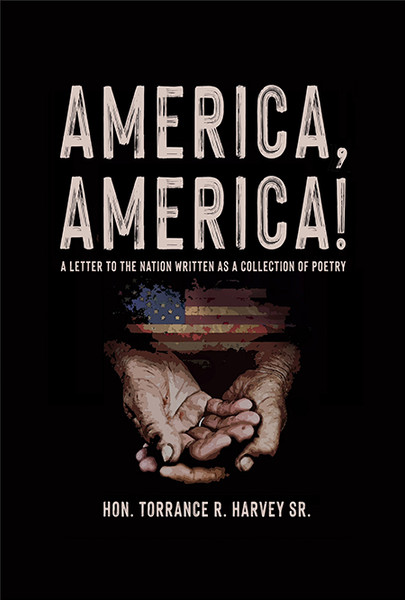 America, America: A Letter to the Nation Written as a Collection of Poetry

America, Americais a penned open letter to our nation through a series of poems that speak tothe current social justice movement in America! There are a series of poems that take the reader down another literary journey to mirror the images and ways of our current society. The work or writings are artistic expressions from an African-American historical lens. The goal is to bring about cultural awareness and cultural responsibility for positive change in America and around the world. We may not have all the money, but we have our words! Our words have POWER! Lastly, there are two speeches in this book that were written for local churches that offer inspiration and passion and a message of purpose.


Hon. Torrance R. Harvey Sr. and his twin brother, Torrino Harvey, were seen daily on a very famous dance show in the late 1980s and 1990s called "Club MTV with Downtown Julie Brown" as a teenager. TnT Twins from Club MTV were a part of the NYC Hip-Hop Dance scene for many years.

Torrance R. Harvey is also current Mayor of the City of Newburgh, New York. He has a B.A. Degree in Acting from Morehouse College. He also has a Master of Science Degree in Secondary Education and History from Mount Saint Mary College. Hon. Torrance R. Harvey Sr. also studied in an Acting Conservatory Master Degree Program at The Theater School at DePaul University. Torrance has been a member of the Screen Actors Guild since 1992. Hon. Torrance Harvey is also a history teacher in the PTECH Program at Newburgh Free Academy. His tenure as a history teacher has been for the past 22 years and counting.