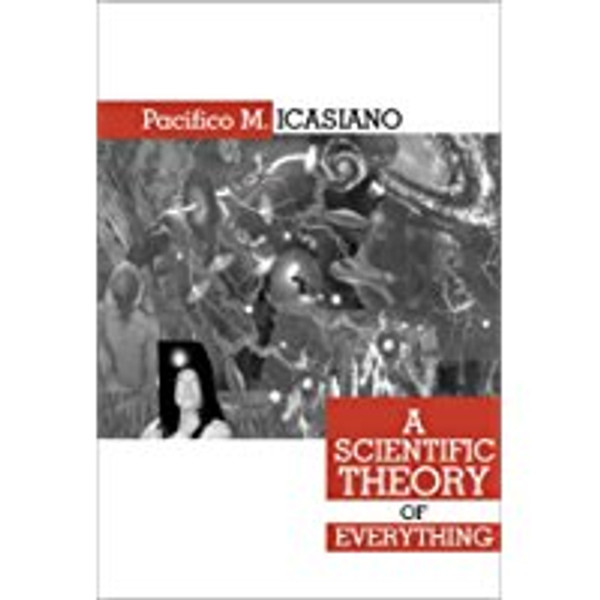 by Pacifico M. Icasiano Man has long believed it is proper to separate the so-called physical sciences (i.e., chemistry, biology, astronomy) from the so-called metaphysical sciences (i.e. psychology and philosophy). In doing so, profound arguments have erupted over which is stronger and more logical in its explanations for the existence of the universe and even life on this planet as we know it. Presenting ground-breaking research and mathematical evidence explaining how both beliefs are irrevocably intertwined, Pacifico M. Icasiano presents A Scientific Theory of Everything and unifies all sciences, both physical and metaphysical, including religion! Through careful mathematical formulae, Mr. Icasiano offers patient and thorough explanations to present tantalizing evidence supporting his theory that all sciences are part and parcel of one another, leading step by step through the complicated and conflicting world of high science, in which things we detect with our five senses have traditionally been separated from that which we think and feel until now. ABOUT THE AUTHOR: An environmental engineer for the U.S. Air Force Center of Environmental Excellence, Mr. Icasiano resides in San Jose, California, with his wife, Judith, and sons, Alexander and Jeffrey. (2003, paperback, 80 pages)

The Theory of Everything Biblical