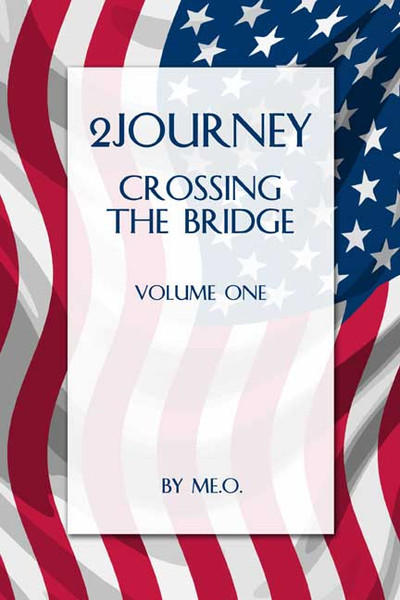 by Me.O. In 1974, Me.O. came from Korea to America. When she stepped off the plane, she spoke no English and had no job; she was a bony ninety-five pound girl fresh out of high school and in her last month of pregnancy. She knew no one in this country except the in-laws she had never met, and she was hungry, tired, and very frightened. America was not quite as she had imagined. Where are the Indian scalpers? she wondered. Where are the black slaves? But there was no time for what she recognized even at the time were foolish thoughts. She had to make a place for herself and her baby in this strange place, America. In 2Journey: Crossing the Bridge Volume One, Me.O. tells how she and her blue eyes husband raised their children and handled the problems of an interracial marriage. Every Asian, she says, should read history about Asians in America before coming to America. 2Journey: Crossing the Bridge Volume One is such a history. That day I promised myself that I would never let my family down, she says. That promise has driven me to be the strong person I am now, an American Korean and proud of it. ABOUT THE AUTHOR Me.O. modestly describes herself as a housewife, but shes clearly more than that: The courageous girl who arrived in Chicago in 1974 has grown into the strong, outspoken woman she is today. I believed in the American Dream, Me.O. says. Although the reality was often harsh, she could not give it up. Crossing the Bridge between the dream and the reality meant facing the unknown and the obscure, a situation she found toxic- - poisonous. Me.O. had to give up her homeland to achieve the American Dream, and it was her commitment to her children that made it possible. A mothers love, Me.O. says, is deeper than the sea or the ocean and higher than the blue sky. If I can share my success with one person, I will be satisfied. (2007, paperback, 82 pages)

The Moon Is Following Us