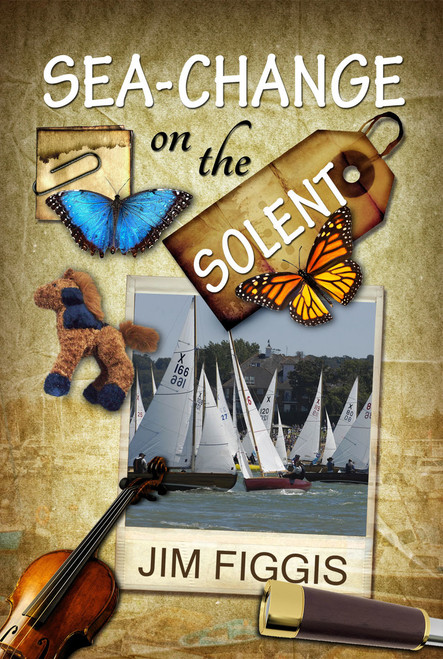 Sea-Change on the Solent
by Jim Figgis

After John Perfect loses his job in the Midlands in England as a paint sprayer, a series of most providential events leads the Perfect family to new lives 150 miles away in Lymington on the South Coast for his new job. Along the way, all of the details fall into place with a hitch and seemingly with very little effort on their part.

John, along with his Millie and children Rachel and Edmund, overcome various stresses including moving to a new house and town, starting at new jobs and schools, and making new friendships. The children begin attending a private independent day-school with a Christian ethos. Owing to their good entrance criteria, the school offers them free tuition.

Meanwhile, an old school friend of Edmund's from their old town had been praying for them all. John becomes a dinghy-sailing instructor and the children become involved with horseback riding, music, wildlife, and astronomy. Rachel gives up riding to concentrate on her violin, and gains a music scholarship. Edmund has a vision while reading his Bible, and is shortly after asked to pick a topic to speak to the school assembly about.

Underlying the story is his young friend Barny from his old school who has been keeping in touch with Edmund through a series of handwritten letters, and who has kept up praying for the whole family.

Readers of all ages will enjoy Sea-Change on the Solent and identify with its characters. They should be encouraged by the way the family in the book overcomes their fears and reservations about moving 150 miles. They should be given hope that when they write their job applications and CVs, every single thing counts, and may provide a key to finding work. Readers should also feel drawn to take up new hobbies, read their Bibles, and should give encouragement to each other and to their children in whatever directions their lives take as they grow up.

Not least, this story encourages its readers to begin to rely on the power of prayer, affecting the lives of the people they know, as in the case of this small family.

About the Author: Jim Figgis was born between the two World Wars into a fairly well-to-do family, living in a big house in the country not far from London. His mother was a concert pianist who gave up performing to have her children. His father was a city businessman and was called up into the army at the outset of the war in 1939. Figgis was educated mainly at boys' boarding schools, and in 1954 began his National Service in the Royal Navy. After some years in the city he became a teacher, having married at the age of twenty-six. At forty, he and his wife moved north with their two sons to a rural part of Scotland and bought a village store/post office.

Since 1991 Figgis has owned and run a Christian bookshop in the town of Dalbeattie, near Dumfries, Scotland. His interests include reading books, gardening, sailing, wildlife, music, playing Scrabble, and reading the daily newspaper.

After being contacted by a native pastor in Malawi in Africa, Figgis has preached to churches in the bush, which led to his visiting India, Kenya, Mozambique, and South Africa, with invitations to preach in their churches also.

For the last twenty-seven years, he and his wife, an artist and illustrator, have lived in a converted 200-year-old cottage in a Scottish village, with views on three sides of distant hills, fields, woods, and endless skies.