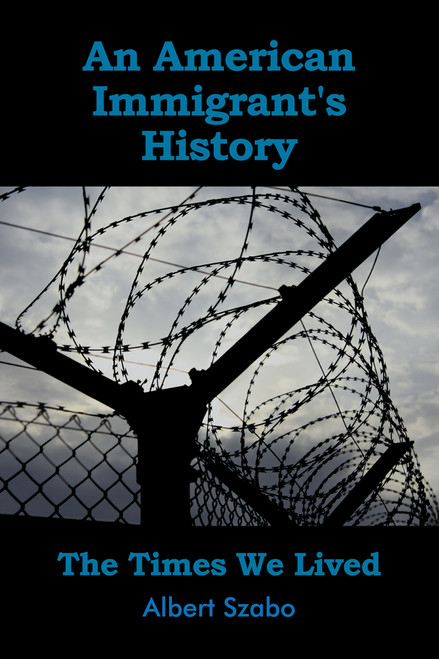 An American Immigrant's History: The Times We Lived
by Albert Szabo

A heartwarming tale of human resilience and strength, An American Immigrants History retells the story of Albert Szabo and his wife Edith and their fight against the effects of Hitler and Stalin. Starting in Hungary, the couple must find a way to move west, and they start their quest for the United States.

Many obstacles stand in their way, including the constant threats of wars, bombing, and Nazi guards. All the while, the couple finds strength in their stable relationship and the love they have for one another. Using their skills to trick and manipulate guards, the two of them make their way from one city to the next, always maintaining their desire to move west in search of safety and freedom. Forced to do hours of painstaking manual labor, they are often times challenged physically and mentally with the threat of injury or death always lurking close to them. Denied basic human rights, the two of them continually cling to each other and to one of their very few personal items, an alarm clock named Ruthy.

Told from the personable and humorous point of view of Albert Szabo, An American Immigrants History captures the detailed story of two individuals who have been misplaced under leaders who do not care about them. With a desire to survive and an insatiable appetite for freedom, Albert and Edith fight their way across the globe in the ultimate story of survival.

A native of Kecskemet, Hungary, Albert Szabo was born in 1919 in a world of Communism and unimaginable horrors. Surviving bomb attacks and overcoming a number of obstacles, he married his childhood sweetheart Edith during a time of war. After fighting for and achieving American citizenship in 1955, he received his Master of Arts from the University of Minnesota and lived happily with his wife and daughter. He passed away February 6, 1994.