What Every Caregiver or Patient Advocate Should Know - eBook 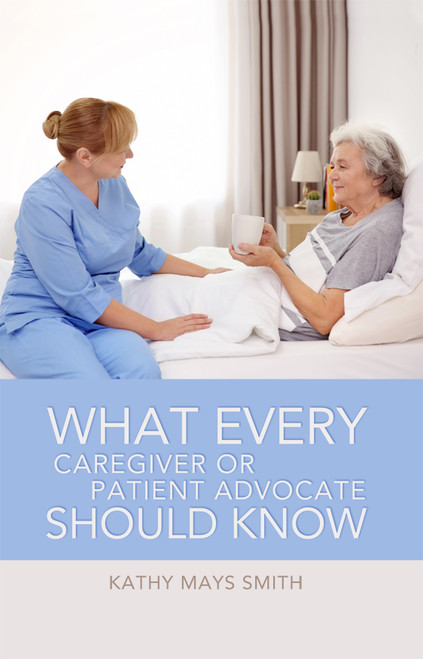 What Every Caregiver or Patient Advocate Should Know - eBook

When taking care of a patient, ask yourself, “What would I want if I were that patient, and how would I like to be treated?”

What Every Caregiver or Patient Advocate Should Know is a great guide for certified nursing assistants, nurses, medical staff, and family caregivers. It makes a difference in the quality of life of patients. It would be beneficial as a textbook to teach these individuals.

Kathy Mays Smith was inducted into the honorary Phi Beta Kappa while earning her B.A. in Bacteriology from the University of Texas in Austin. She later obtained her M.S. in Biology from Stephen F. Austin State University in Nacogdoches, Texas, and was inducted into the honorary Beta Beta Beta. Her passion for research has resulted in “Gold Medal CCC Company 1538: A Documentary” and many other publications.

In 2003, Kathy received a proclamation from the mayor and her councilman in recognition of her service to her community and the City of Dallas. In 2009, she was awarded the Meritorious Service in the CCC Medal. She has had years of hands-on caregiving experience. In 2015, she was named a grand prize winner in the Shield Insurance Contest “What Makes Caregiving Rewarding?”

In the Frontier: What Consumers Should Know about Alternative Medicine - eBook

Addiction and Recovery: What Everyone Should Know - eBook

What Do You Mean You Can't!: A Swift Kick in the Can'ts/ An Auto Godography