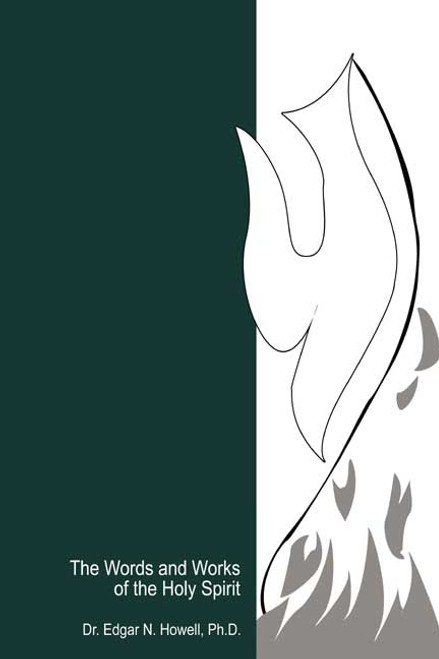 by Edgar N. Howell, Ph.D. The Holy Spirit is Gods ever-divine person of power who grants spiritual gifts and graces to people in the world of Gods creation, says Dr. Edgar N. Howell. Throughout his years of pastoral service, he became increasingly aware that people were giving lip and memory service to the Spirit. Inspired by the Holy Spirit, this writing is presented for the spiritual growth, reflection, and meditation of Gods people. This invaluable study guide presents 126 scripture passages that refer to the Holy Spirit, explains their message, and reflects on how they should be understood and appreciated. Each short lesson presents the biblical reference, the agents or people involved, the location, and the major action. Then the author presents his reflection on the passage, followed by a short spirited prayer. Space is provided for the recording of notes. As you read this book, Dr. Howell says, I pray for you: May Gods love enfold you; may the grace of Christ endow you; and may the Holy Spirit enliven you. Amen. ABOUT THE AUTHOR Dr. Edgar N. Howell was born, raised, and schooled in Sayvillle, NY. He graduated from Regis High School in New York City. He earned a B.A. from Spring Hill College in Mobile, Ala.; served in the US Army; embarked upon a career in secondary education; and earned a Ph.D. in mathematics education at the University of Wisconsin in Madison. He served as a college professor of mathematics and computer science. In 1973 he responded to a call into Christian ministerial service. He earned two masters degrees: one in Bible & Theology and the other in Divinity. He is a clergy member of the United Methodist Church. He served as the pastor of local churches in NY, WV, OH, KY, PA and MD. In 1993 he retired from appointed pastoral service. Now he teaches and ministers healing as a special calling to assist the people of God. He is a member of the International Order of St. Luke the Physician. Since 1997 he and his wife have been residing in Middletown, MD, not too far from their family members. (2005, paperback, 134 pages)
×

An Inductive Study of the Holy Spirit - eBook

An Inductive Study of the Holy Spirit