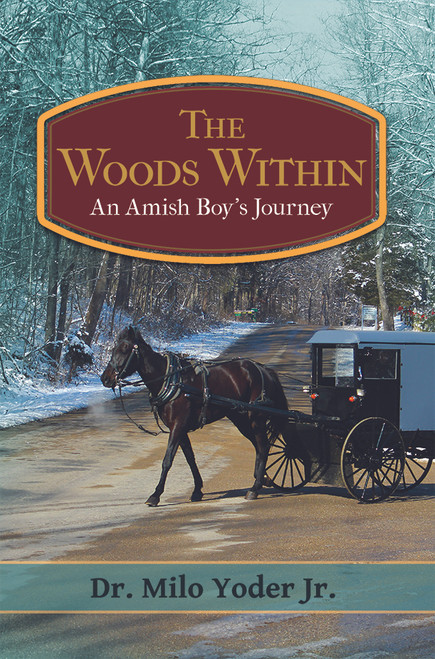 Jake never meant to be a rebel. But that’s just what he became the moment he turned sixteen and decided to continue going to high school. As the only Amish boy in his high school and the only teenager in his Amish community going to high school, Jake will face a unique set of challenges. Other teenagers worry about dating and trying out for the football team. Jake worries about being ostracized at school for being Amish and at home for going to school.

Venture into the woods within and walk with Jake as he’s pulled between two worlds. One world holds all Jake has ever known and held dear, including what family he has left. But the world outside his little Amish community promises a new and brighter path that he just might have to take.

Dr. Milo Yoder Jr. grew up in an Amish family as the youngest of nine children. Despite Amish tradition, Yoder continued his education and went on to finish high school and higher education. He has since become a doctor in psychoanalysis and maintained a private practice for fifty years.

Yoder took part in the television documentary, The Amish: Not to Be Modern. Afterward, he decided to write this fictionalized memoir as a reflection of his youth and his journey toward leaving the Amish group in pursuit of higher education and his own life path.

The Bully and I