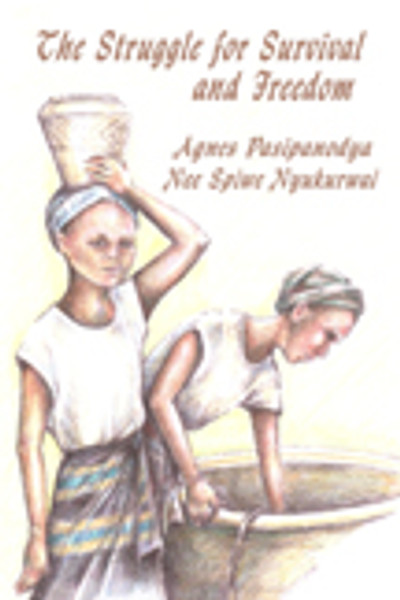 by Agnes Pasipanodya The story of Spiwe is indeed the story of a struggle for survival. As the daughter of a subsistence farmer in what is now Zimbabwe, her life was harsh and her living conditions were primitive. Spiwe and her parents realized that the only way to escape this subsistence existence was through education. Her hope for a better future drove her to seek schooling at any cost, even when it meant arising before dawn to draw water and help on the family farm before walking the ten miles to school. Spiwe succeeded, worked her way up to her coveted white collar job, and now tells her story to challenge those whose opportunities are so much greater than hers. She believes that if she could get an education in Africa, then there is no excuse for anyone to fail to get one in the developed world. ABOUT THE AUTHOR: Nee Spiwe Nyukurwai, who changed her name to Agnes Pasipanodya on marriage, worked and raised her family of six in Zimbabwe. She retired in 1999 for reasons of health and came to the U.S. to seek further education. She is widowed and presently lives in Ohio. (2004, paperback, 42 pages)